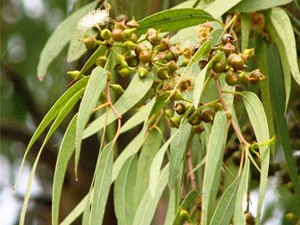 Corvallis, Oregon – Forest geneticists at Oregon State University have created genetically modified poplar trees that grow faster, have resistance to insect pests, and are able to retain expression of the inserted genes for at least 14 years, a report in the Canadian Journal of Forest Research has announced.

The trees are one of the best successes to date in the genetic modification of forest trees, a field that is much less advanced than GMO products in crop agriculture. The advance could prove especially useful in the paper and pulp industries, and in an emerging biofuel industry that could be based on hybrid poplar plantations.

Commercial use of such trees could be done with poplars that also had been engineered to be sterile so they would be unlikely to spread their characteristics to other trees, researchers said.

Development of male sterile trees has been demonstrated in the field, which can be used for male varieties of poplar. Female sterility has not yet been done but should be feasible, they said. However, it is unclear if regulatory agencies would allow use of these trees, with sterility as a key mitigation factor.

“In terms of wood yield, plantation health and productivity, these GMO trees could be very significant,” said Steven Strauss, a distinguished professor of forest biotechnology in the OSU College of Forestry. “Our field experiments and continued research showed results that exceeded our expectations. And it is likely that we have underestimated the value these trees could have in improved growth and production.”

A large-scale study of 402 trees from nine “insertion events” tracked the result of placing the cry3Aa gene into hybrid poplar trees. The first phase was done in field trials between 1998 and 2001, and in 14 years since then study continued in a “clone bank” at OSU to ensure that the valued traits were retained with age.

All of the trees were removed or cut back at the age of two years before they were old enough to flower and reproduce, in order to prevent any gene flow into wild tree populations, researchers said.

With this genetic modification, the trees were able to produce an insecticidal protein that helped protect against insect attack. This method has proven effective as a pest control measure in other crop species such as corn and soybeans, resulting in substantial reductions in pesticide use and a decrease in crop losses.

“Insect attack not only can kill a tree, it can make the trees more vulnerable to other health problems,” said Amy Klocko, an OSU faculty research associate. “In a really bad year of insect attack, you can lose an entire plantation.”

Hybrid poplar trees, which are usually grown in dense rows on flat land almost like a food crop, are especially vulnerable to insect epidemics, the researchers said. Manual application of pesticides is expensive and targets a wide range of insects, rather than only the insects that are attacking the trees.

A number of the GMO trees in this study also had significantly improved growth characteristics, the researchers found. Compared to the controls, the transgenic trees grew an average of 13 percent larger after two growing seasons in the field, and in the best case, 23 percent larger.

Some of the work also used a drought-tolerant poplar clone, another advantage in what may be a warmer and drier future climate. The research was supported by the Tree Biosafety and Genomics Research Cooperative at OSU.

Annual crops such as cotton and corn already are routinely grown as GMO products with insect resistance genes. Trees, however, have to grow and live for years before harvest and are subjected to multiple generations of insect pest attacks. That’s why engineered insect protection may offer even greater commercial value, and why extended tests were necessary to demonstrate that the resistance genes would still be expressed more than a decade after planting.

Some genetically modified hybrid poplar trees are already being used commercially in China, but none in the United States. The use of GMO trees in the U.S. still faces heavy regulatory obstacles, Strauss said. Agencies are likely to require extensive studies of gene flow and their effects on forest ecosystems, which are difficult to carry out, he said.

Strauss said he advocates an approach of engineering sterility genes into the trees as a mechanism to control gene flow, which together with further ecological research might provide a socially acceptable path for commercial deployment.