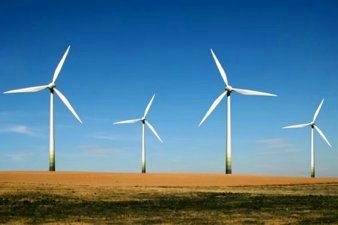 London – Global investment in clean energy was $254bn last year, down from a revised $288.9bn in 2012 and the record $317.9bn of 2011, according to the latest authoritative figures from research company Bloomberg New Energy Finance (BNEF).

The reduced volume of investment in 2013 reflected two main influences – a continued sharp reduction in the cost of photovoltaic systems, and the impact on investor confidence of shifts in policy towards renewable power in Europe and the US.

The two biggest investing countries, China and the US, both saw their dollar commitments fall in 2013. China invested $61.3bn in clean energy last year, down a modest 3.8% from $63.8bn in 2012. This was the first reduction in Chinese clean energy investment in over a decade. The US saw investment slip a more significant 8.4% from $53bn to $48.4bn.

The most striking changes in geographical focus, however, came in Japan and Europe. In the former, investment surged 55% to $35.4bn in 2013, from $22.7bn in 2012, spurred on by a boom in small-scale solar installation as the country struggles to fill the gap left by its shuttered nuclear plants. However, the big story was Europe, where investment slumped 41% to $57.8bn last year, from $97.8bn as big economies such as Germany, Italy and France either restricted subsidy payments for new projects or else failed to disperse uncertainty over future support.

Michael Liebreich, founder and chairman of the advisory board for Bloomberg New Energy Finance, presented the figures on January 15 at the 2014 Investor Summit on Climate Risk, organized by investor group Ceres, at the United Nations in New York.

Liebreich commented: “A second successive year of decline in investment will come as unwelcome news to the clean energy sector, but the top-line figures don’t tell the whole story. Investment in Europe crashed, in large part because of the falling cost of solar installations, whose volume worldwide actually grew by around 20% to a new record. Outside Europe, the picture was mixed, with some countries increasing and others reducing investment, and Japan the clear leader in terms of growth.”

“Meanwhile, the public markets clearly believe that the sector’s consolidation is behind it, as the NEX Index soared by over 50% and equity raisings by quoted clean energy companies more than doubled. Investors also enthused about new areas such as electric vehicles and renewable power project funds, and indeed 2014 has started in the same vein with the spectacular acquisition of Nest by Google for $3.2bn.”

The split by type of investment in 2013 showed setbacks for all categories except public markets and government research and development. Public market investment surged from 2012’s lowly $4.8bn (the lowest since 2004) to $12.9bn last year, helped by a $1.4bn IPO by New Zealand geothermal specialist Mighty River Power, a $660m convertible issue by US electric car maker Tesla Motors, and $1.2bn of convertible issues by US solar company SunEdison.

In 2013, the WilderHill New Energy Global Innovation Index, or NEX, which tracks the performance of 102 clean energy stocks worldwide, rose almost 54%, beating wider market indices such as the S&P500 and the FTSE100. In January 2014, the NEX is standing at its highest level since summer 2011.

Venture capital and private equity investment in clean energy had a notably weak year, falling to $4.3bn last year – the lowest since 2005 – from $6.4bn in 2012. The largest deal in VC/PE was a $308.1m round for National Electric Vehicle Sweden, followed by $151.1m for wind developer Greenko Mauritius.

The biggest area of investment, asset finance of utility-scale clean energy projects, saw a 13% slide in investment to $149.2bn. Significant financings included the SunPower Solar Star PV project in California, at 681MW and $2.5bn, and the Butendiek offshore wind project in German waters, at 288MW and $1.9bn. The largest in emerging economies was the Eskom Uppington solar thermal project in South Africa, at 100MW and $818m.

One of the striking shifts geographically was a broadening in investment in Latin America, once dominated by Brazil. In 2013, Chile, Mexico and Uruguay all managed to commit more than $1bn to clean energy, while the Brazilian contribution slipped back to $3.4bn from $7.1bn. 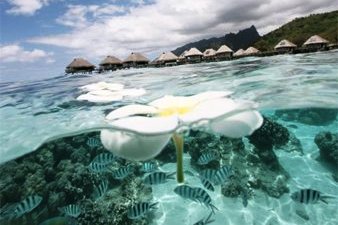