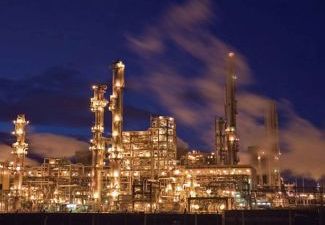 Further delay in the implementation of comprehensive international climate policies could substantially increase the short-term costs of climate change mitigation. Global economic growth would be cut back by up to 7 percent within the first decade after climate policy implementation if the current international stalemate is continued until 2030 – compared to 2 percent if a climate agreement is reached by 2015 already, a study by scientists of the Potsdam Institute for Climate Impact Research (PIK) shows.

Higher costs would in turn increase the threshold for decision-makers to start the transition to a low carbon economy. Thus, to keep climate targets within reach, it seems to be most relevant to not further postpone mitigation, the researchers conclude.

“The transitional economic repercussions that would result if the switch towards a climate-friendly economy is delayed, are comparable to the costs of the financial crisis the world just experienced,” lead-author Gunnar Luderer says. The later climate policy implementation starts, the faster – hence the more expensive – emissions have to be reduced if states world-wide want to achieve the internationally agreed target of limiting global warming to 2 degrees above pre-industrial levels. A binding global agreement to implement the emissions reductions required to reach this target is currently still under negotiation, while global emissions have continued to rise.

“For the first time, our study quantifies the short-term costs of tiptoeing when confronted with the climate challenge,” Luderer says. “Economists tend to look at how things balance out in the long-term, but decision-makers understandably worry about additional burdens for the people and businesses they are responsible for right now. So increased short-term costs due to delaying climate policy might deter decision-makers from starting the transformation. The initial costs of climate policies thus can be more relevant than the total costs.”

The researchers investigated a number of cost dimensions, including climate policy effects on energy prices. If emissions reductions are delayed beyond 2030, global energy price levels are likely to increase by 80 percent in the short term. Such price increases are of particular concern because of the burden they put on the world’s poor. In the past, comparable energy price increases in developing countries have resulted in massive public opposition and social unrest, like in Indonesia in 1998 after a cut-back of fuel subsidies. If an agreement on emissions reductions compatible with the 2 degree target is reached until 2015, short-term energy price increases could be limited to 25 percent.

Besides timing, the availability of low emission technologies is a second crucial factor for climate policy costs, the scientists point out. In the long term, technologies for carbon dioxide removal from the atmosphere might be required for reaching climate targets. This applies in particular to the use of bioenergy, with plants consuming CO2, combined with carbon capture and storage (CCS), storing underground the emissions from biomass combustion. If these technologies are unavailable, for technical or political reasons, the lower limit of achievable climate targets would rise by 0.3 degrees. The longer climate policies are delayed, the higher is the world’s reliance on these technologies.

Delaying greenhouse gas reductions for two decades would rise the lower limit of achievable climate targets by 0.4 degrees, hence drastically reducing the room left for flexibility. “This shows how a continuation of ineffective climate policies reduces the option space for future climate policy, and also increases the threshold for switching to a more climate-friendly economy,” Luderer points out. Today already, due to past CO2 emissions and the inertia in the transformation of the global energy systems, the world is committed to 1.7 degrees global warming, the researchers estimate.

Mapping Out the Trade-Offs

The scientists examined the challenge of economic climate mitigation with extensive computer simulations. They produced 285 alternative climate change mitigation scenarios, with varying assumptions on the course of international climate negotiations on the one hand and on the other hand the availability of low carbon technologies from solar and wind power to bioenergy, carbon capture and storage (CCS) and energy efficiency. For the economic evaluation, they considered indicators like mitigation costs, energy prices or potential financial transfers induced by an international carbon market.

“Our study is the first to map out the trade-offs between the stringency of climate targets and economic mitigation challenges at this very high level of detail,” says Ottmar Edenhofer, co-author of the study and chief-economist of PIK. “We were able to pin down what we call the achievability frontier: depending on mitigation targets, timing and technology availability, costs of climate policy beyond a certain point grow disproportionally.” Continuing a wait-and-see strategy with lack-luster climate policies could not only be a costly option, but also close the door for achieving climate targets in the long-term, the researchers conclude.

The research leading to this publication was supported by the German Federal Environment Agency (UBA) under UFOPLAN FKZ 3710 41 135.