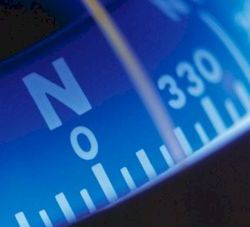 New York – More than two thirds of chief executives – 67 percent – believe that business is not doing enough to address global sustainability challenges, according to a survey by the United Nations Global Compact and Accenture. Amid evidence that CEOs are strongly committed to embedding sustainability throughout their organizations, the vast majority now call for action to incentivize and reward sustainability leaders and unlock the full potential of the private sector.

Business leaders’ views on the private sector’s progress in addressing global sustainability challenges are detailed in the survey of 1,000 CEOs. It is the latest triennial global poll by the UN Global Compact and Accenture, and the largest such study of top executives ever conducted on sustainability. Published in “The UN Global Compact-Accenture CEO Study on Sustainability 2013: Architects of a Better World”, the study also includes in-depth interviews with 75 CEOs and an analysis of those companies that successfully combine sustainability leadership with market leading business performance.

As the UN Global Compact continues to see rapid growth, with almost 8,000 corporate participants, the study demonstrates broadening awareness on the part of global business of the opportunities presented by sustainability. Fully 78 percent of surveyed CEOs see sustainability as a route to growth and innovation, and 79 percent believe that it will lead to competitive advantage in their industry. However, CEOs see the economic climate and a range of competing priorities creating obstacles to embedding sustainability at scale within their companies.

This year, 93 percent of respondents say that environmental, social and governance issues are important to the future of their business, the same proportion as the previous study in 2010. But the proportion describing sustainability as very important has fallen from 54 percent to 45 percent, including only 34 percent of CEOs in Europe. While 84 percent believe that business should lead the way in addressing sustainability challenges, they point to a number of barriers:

“As the CEO study reflects, the challenge at hand is to unlock the full potential of corporate sustainability to transform markets and societies around the world,” said Georg Kell, Executive Director of the UN Global Compact. “With thousands of companies, from market leaders to small enterprises, committed to responsible business practices, we can see that there is enormous momentum. Now, we need policymakers, investors and consumers to send the right signals to spur the next level of corporate sustainability action, innovation and collaboration.”

A Call for Partnerships with Governments and Market Intervention

CEOs are demanding greater collaboration between business, governments and policymakers, according to the survey. Forty two percent of respondents now list governments among their top three stakeholders in sustainability, a rise from 32 percent in 2007. Eighty three percent of respondents think more efforts by governments to provide the enabling environment will be integral to the private sector’s ability to advance sustainability. Specifically, 85 percent demand clearer policy and market signals to support green growth.

When asked which policy tools should be prioritized, 55 percent point to regulation and standards and 43 percent call for governments to adjust subsidies and incentives. A further 31 percent seek intervention through taxation. Softer measures, such as information and voluntary approaches, are supported by only 21 percent of CEOs.

“CEOs’ initial optimism has given way to the belief that the constraints of market structures and incentives prevent them from embedding sustainability at the heart of their business,” said Sander van’t Noordende, Group CEO, Accenture Management Consulting. “Many would now welcome government action to reshape market rules. But before taking this step, business leaders should recognize that even in today’s imperfect markets, high performing companies do manage to combine commercial and sustainable success. These companies are harnessing sustainability as an opportunity for growth, innovation and differentiation, and demonstrate that sustainable business is good business.”

Using Accenture’s methodology to assess high-performing companies, the report identifies a number of approaches most likely to be taken by what the study categorizes as “Transformational Leaders”, those assessed as sustainability leaders that also outperform their industry peers on traditional business metrics. These companies more readily accept that the world is not on track to meet the needs of a growing population and that business is not doing enough. They are also more committed to engaging consumers, local communities, policy makers, investors and other stakeholders. The analysis reveals that these leaders set an example for other businesses by being more likely to: