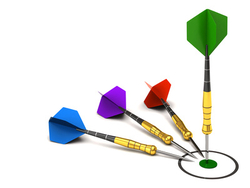 The pressure on national governments to formulate climate change policies and enact stringent environmental legislation is on the rise. With extreme weather events increasing in frequency and ferocity worldwide,  nothing much is left for the political class to skirt around the issue. However, the political reaction to climate change seems to have missed out on a critical aspect – to build public consensus so as to gain a wider acceptance among people who vote and participate in the change process.

The general lack of understanding of how climate change and human activity are interrelated has only helped a wayward section of the political class spread unfounded beliefs about climate change and garner popular support to rally against initiatives that would help protect environment. These are the people who have been able to drive home the point that environmental protectionism is antithetical to development and that it would result in loss of livelihoods and would weaken economic growth.

Their resultant impact not only vilifies scientific consensus on climate change phenomena but also misleads people as they view sustainable development with suspicion and become resistant to national-level policy initiatives. Such negative publicity has played spoilsport with many leaders as they ended up paying the price for having spoken either ‘too much’ or ‘too strongly’ in favor of action on climate change.

Ruling parties that do not enjoy a majority find policy reforms difficult to push through. It is more riskier to talk about contentious issues such as climate change without threatening the power equation.

Two major developments over the last week – President Obama’s speech on climate action and Julia Gillard’s stepping down as Prime Minister – bring forth why leaders who believe in climate science and are determined to take action, fall victim to bad politics, which essentially drives out good science.

Barack Obama’s initial aggressive posture on climate change (at the 2009 Copenhagen Climate Change Conference) held a strong promise that sort of assured some action from a nation that had steadfastly stuck to its position not to ratify the Kyoto Protocol. But as the world waited for action, internal US politics took a nasty turn – that not only silenced any further talk on climate change but virtually plucked a key issue out of the 2012 US election campaign. Had it not been for  Hurricane Sandy, the issue of serious climate change impacts on the US would have been virtually buried. The damages caused by extreme weather events in the US have soared in recent years, and therefore, it also makes sound economic sense to address these issues in public forums and presidential debates that are followed by millions around the world.

It was discouraging for the world to see that the most developed nation that has significantly contributed to climate change research fritter a golden opportunity to take to its own people those very recommendations made by science.

When Obama vowed to introduce climate legislation back in 2009, his public ratings plummeted that dented his political clout. With low levels of public awareness on climate change, there was little appreciation for his initiatives. During the rest of his first term, Obama’s position on climate change oscillated between ‘pro’ and ‘neutral’ stands.

Now, after much procrastination, the ice has been broken. Speaking elaborately this time, he promised to do many things – energy efficiency, insurance, emissions reduction being some of them. But will he be able to deliver this time or will it again be one of those speeches – marked by rhetoric that never became reality? There is already much political noise on Obama’s strategy to take executive action via regulatory institutions to get some key laws through as the legislative process would more likely end up in a gridlock. This is again likely to ruffle more feathers as the proposed process would not involve participation of rival political parties. However, studies have revealed that there is an increase in the awareness levels of US citizens on climate change issues now, as compared to what it was in 2009. From this, it is anticipated that there would be little public outcry which in turn will not give enough fuel to the opposition to fire.

Far away from the US, in Australia, Julia Gillard, the first woman prime minister of the country, did something more than Obama. She introduced carbon tax (a fixed charge per ton of carbon emissions) to force big emitters to pay for polluting the environment. A first-of-its-kind country-wide initiative that saw mixed responses from the general public, but was instantly pounced upon by an opportunistic opposition. Many of her policies were termed as unpopular. The negative sentiments built around her no-nonsense attitude rubbed fellow politicians on the wrong side that culminated in vitriolic castigation at the hands of an obsessed media. This sent her party scrambling to change its leader in a last bid attempt to save its electoral fortunes in September this year.

Kevin Rudd, the re-elected Prime Minister, was the person who signed off the Kyoto Protocol soon after he was elected as Prime Minister back in 2007, and now much is expected from him to shift to a market-linked carbon price and give a boost to investments in clean energy.

But the murkier part of Australian politics lies in the opposition camp. Tony Abott, the opposition leader, finds political currency in taking advantage of the anti-climate action sentiments among public. He has offered to abolish carbon tax, if elected to the Prime Minister’s Office. What’s worrisome is that his strong views against climate change laws can herald more disaster for Australia’s progress.