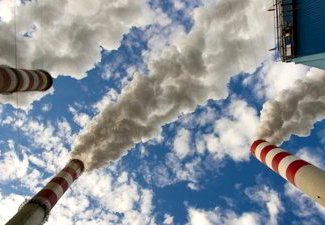 Durham, North Carolina – The cost of complying with tougher U.S. EPA air quality standards could spur an increased shift away from coal and toward natural gas for electricity generation, according to a new Duke University study.

The stricter regulations on sulfur dioxide, particulate matter, nitrogen oxide and mercury may make nearly two-thirds of the nation’s coal-fired power plants as expensive to run as plants powered by natural gas, the study finds.

“Because of the cost of upgrading plants to meet the EPA’s pending emissions regulations and its stricter enforcement of current regulations, natural gas plants would become cost-competitive with a majority of coal plants – even if natural gas becomes more than four times as expensive as coal,” said Lincoln F. Pratson, a Professor of Earth and Ocean Sciences at Duke’s Nicholas School of the Environment.

“This is a much higher fraction of economic vulnerability than has previously been reported,” said Pratson, an expert on carbon capture and storage, energy resources and energy systems.

To conduct the study, he and his team assessed the cost of electricity generation at plants producing 95 percent of the nation’s coal-fired electricity and 70 percent of its natural gas-powered electricity. The researchers estimated costs for both types of plants over a wide range of fuel prices and under both existing and pending emissions standards.

Under current standards and at current fuel prices, 9 percent of U.S. coal-fired plants are more costly to run than a median-cost natural gas plant, they found. Even a modest jump in gas prices could erase this advantage. “If the ratio of natural gas-to-coal prices rises to 1.8 from its recent level of around 1.5, coal plants would again become the dominant least-cost generation option,” Pratson said.

However, with tougher emissions standards the EPA would enact and enforce, another 56 percent of U.S. coal plants would become as costly to run as natural gas plants. The regulations would make 65 percent of coal plants nation-wide as expensive as natural gas, even if gas prices rise significantly.

“Most natural gas plants typically produce only one emission – nitrogen oxide – that is in excess of the proposed new EPA thresholds, but many coal plants may exceed all of the thresholds, making it more expensive for them to come into compliance,” Pratson said. “This has spurred legal and political debates over whether the pending regulations unfairly disadvantage the U.S. coal industry.”

The study takes no sides in the debate, he stressed. “We neither argue for nor against continued use of coal power. Our goal is to present an objective analysis of the economic sensitivity of both types of plants to fuel price fluctuations and the potential cost of emission-control upgrades.”

Monthly emissions from the U.S. electricity sector have fallen to 1990s levels in recent years, helping to reduce total U.S. carbon dioxide emissions to their lowest levels since 1992. This CO2 decline is largely due to greater use of natural gas power plants in place of coal plants, a shift made possible by lower natural gas prices from the recent surge in domestic shale gas production.

Whether or not the shift to natural gas picks up speed and continues will depend on more than just whether the proposed EPA standards are enacted, Pratson noted. A transition to natural gas for electricity generation will require the construction of a much larger network of pipelines and other infrastructure to transport and store the gas, assuring power plants of a reliable supply.

The net effect of the shift to natural gas on global carbon dioxide emissions remains uncertain, Pratson said, since coal that is not consumed in the United States is already finding its way to other countries in Europe and Asia.

The Duke team’s peer-reviewed study was published this week in the online edition of Environmental Science & Technology.

Pratson’s co-authors on the study are Drew Haerer, a research analyst at Duke’s Nicholas School, and Dalia Patino-Echeverri, an assistant professor of energy systems and public policy at the school.

Funding for their work came from the Bank of America Foundation and the National Science Foundation‘s Centre for Climate and Energy Decision Making (Grant Number SES-0949710). 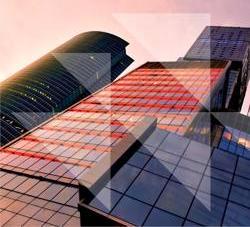