Bangalore, India – Greenpeace activists in India placed a giant billboard with the message that read “Michael Dell: Drop the Toxics” at the Dell office here in Bangalore. At the same time, Greenpeace activist hung a banner on Dell office in Amsterdam with the message “Michael Dell: Clean up Toxics”.
Dell continues to use PVC Vinyl Plastic and Brominated Flame Retardants (BFRs)[1] in all its computers, despite promising to eliminate the usage of these toxic substances by the end of 2009. Global no.2, Dell continues to let down its massive customer base around the world by the continued use of those substances in its products that harm the environment and can be hazardous to human health.
“It is disappointing to see that a company which aspires to be ‘the greenest technology company on the planet’ backtracks on its commitment to phase out the deadly chemical from its products and lags behind Indian IT companies like Wipro and HCL. Dell’s lack of leadership in launching a PC fully free of PVC and BFRs is hypocritical and disappointing for its customers.” said Abhishek Pratap, Toxics Campaigner, Greenpeace India.
As Dell’s leadership meets at Dell Inc. Headquarter in Texas to vote on the go ahead on delivering a road map outlining quarter-by-quarter progress towards achieving PVC/BFR-free status, customers around the world are expecting Dell to prioritize its own green commitments. Greenpeace has asked for roadmaps from all tech companies that have backtracked on their commitments for toxic chemical elimination as an assurance that the companies are achieving progress on their new phase out timelines.
Indian technology companies Wipro and HCL are leading toxic chemical elimination by launching PVC and BFR free products in the market even without a legal requirement to do so[2]. Apple was the first international company to phase these chemicals from their products in year 2008 with launch of product in US. This was followed by HP, Acer with their product launch in US & Europe. Dell, however, continues to ignore these market developments and technological feasibility to launch a product completely free from PVC and BFR.
To push forward an industry wide phase out of PVC and BFRs, Dell and other powerful technology companies can ensure their commitment is codified in law by taking a proactive lobbying position in the revision of the EU’s RoHS (Restriction of Hazardous Substances in Electronics) Directive[3] which works as driver in eliminating these toxic chemicals at global scale. A legislative requirement to eliminate PVC and BFRs across the sector would level the playing field for all electronics companies and also help Dell align its supply chain to transition out PVC and BFRs, so it can meet its revised timeline of removing these substances in 2011.
“Dell’s green leadership credentials would be greatly strengthened if the company joins other leaders like HP, Acer, Apple and Sony Ericsson, in putting its corporate might behind the legislation banning PVC and BFRs. Dell has taken a leadership position in the past and can do it again”, said Iza Kruszewska, Greenpeace International Toxics Campaigner.
Dell was the first company to provide a timeline (end of 2009) for eliminating PVC and BFRs in all its products and was duly rewarded for this leadership in the Guide to Greener Electronics[4]. However, it was also the first company to backtrack on this commitment in May 2008 and was served a penalty point in the guide a year ago for breaking its promises. The penalty point has weighed down Dell’s score in the guide, currently 3.9/10 and ranked 14th (out of 22).
A penalty point has been imposed in the ranking guide on all companies that have backtracked on their original commitments to eliminate PVC and BFRs by end of 2009 or 2010, including HP, Lenovo, LGE and Samsung. HP was the first company to have the penalty lifted after it launched a line of notebooks free of PVC and BFRs in September 2009. In early March, Greenpeace targeted Samsung, not only for backtracking on its commitment to eliminate these toxic substances, but also for misleading its customers by failing to come clean about its inability to meet its commitment.
“Indian companies are leading the race of toxic elimination with their recent product launch. Could Dell match up to them and join the race with their renewed leadership? Yes, it can and it should do that to ensure a toxics free future,” adds Abhishek Pratap.
Source: Greenpeace.
[1] Polyvinyl Chloride (PVC) and Brominated Flame Retardant (BFR) are types of Orgno-halogen compounds used in electronic products and are point source of deadly carcinogenic gases Dioxins and Furans when electronic products are recycled & disposed in landfills or through incinerator. Recycling of electronic waste in China and India: Workplace and Environmental contamination, Bridgen, K., Labunska, I., Santillo, D. & Allsopp, M. (2005)
[2] Wipro launched its “Greenware” range of desktop which is completly free from PVC and BFR including Power cord. This has been launched on 28th January 2010. http://www.wiprogreentech.com/chemical_management.html
HCL launched its premier range of Notebook product “ME” as free from PVC and BFR excluding Power cord on eve of Earth Hour on 27th March 2010.
[3] There is legislative directive in European Union called Restriction of Hazardous Substance (RoHS) which ban use of six chemicals – Mercury, Lead, Cadmium, Chroium, PBBs and PBDEs – in electrical and electronic equipment. Currently, a proposal in EU parliament environment committee to revise this directive to include PVC and all forms of BFR as banned substance.
[4] http://www.greenpeace.org/international/campaigns/toxics/electronics/how-the-companies-line-up 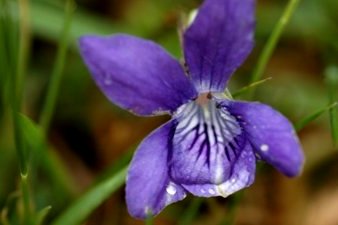