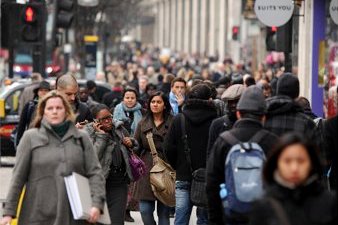 New York – Today, 54 per cent of the world’s population lives in urban areas, a proportion that is expected to increase to 66 per cent by 2050. Projections show that urbanization combined with the overall growth of the world’s population could add another 2.5 billion people to urban populations by 2050, with close to 90 percent of the increase concentrated in Asia and Africa, according to a new United Nations report launched in July.

The 2014 Revision of the World Urbanization Prospects produced by the UN Population Division of the Department of Economic and Social Affairs notes that the largest urban growth will take place in India, China and Nigeria. These three countries will account for 37 per cent of the projected growth of the world’s urban population between 2014 and 2050.

By 2050, India is projected to add 404 million urban dwellers, China 292 million and Nigeria 212 million. The urban population of the world has grown rapidly from 746 million in 1950 to 3.9 billion in 2014. Asia, despite its lower level of urbanization, is home to 53 per cent of the world’s urban population, followed by Europe with 14 per cent and Latin America and the Caribbean with 13 per cent.

The world’s urban population is expected to surpass six billion by 2045. Much of the expected urban growth will take place in countries of the developing regions, particularly Africa. As a result, these countries will face numerous challenges in meeting the needs of their growing urban populations, including for housing, infrastructure, transportation, energy and employment, as well as for basic services such as education and healthcare.

“Managing urban areas has become one of the most important development challenges of the 21st century. Our success or failure in building sustainable cities will be a major factor in the success of the post-2015 UN development agenda,” said John Wilmoth, Director of the Population Division in the UN’s Department of Economic and Social Affairs.

Megacities with more than 10 million people are increasing in number

The report notes that in 1990, there were ten “megacities” with 10 million inhabitants or more, which were home to 153 million people or slightly less than seven per cent of the global urban population at that time. In 2014, there are 28 megacities worldwide, home to 453 million people or about 12 percent of the world’s urban dwellers. Of today’s 28 megacities, sixteen are located in Asia, four in Latin America, three each in Africa and Europe, and two in Northern America. By 2030, the world is projected to have 41 megacities with 10 million inhabitants or more.

York-Newark area and Cairo complete the top ten most populous urban areas with around 18.5 million inhabitants each.

Although Tokyo’s population is projected to decline, it will remain the world’s largest city in 2030 with 37 million inhabitants, followed closely by Delhi, whose population is projected to rise swiftly to 36 million in 2030. While Osaka and New York-Newark were the world’s second and third largest urban areas in 1990, by 2030, they are projected to fall in rank to the 13th and 14th positions, respectively, as megacities in developing countries become more prominent. 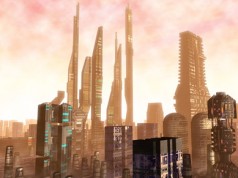 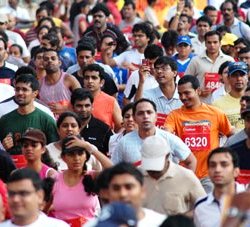 World Population to Keep Growing this Century, Hit 11 Billion by...