The most important fertilizer for producing food is, at the same time, one of the most important risks for human health: nitrogen. Chemical compounds containing reactive nitrogen are major drivers of air and water pollution worldwide, and hence of diseases like asthma or cancer.

If no action is taken, nitrogen pollution could rise by 20 percent by 2050 in a middle-of-the-road scenario, according to a study now published by scientists of the Potsdam Institute for Climate Impact Research (PIK). Ambitious mitigation efforts, however, could decrease the pollution by 50 percent. The analysis is the very first to quantify this.

“Nitrogen is an irreplaceable nutrient and a true life-saver as it helps agriculture to feed a growing world population – but it is unfortunately also a dangerous pollutant,” says Benjamin Bodirsky, lead-author of the study. In the different forms it can take through chemical reactions, it massively contributes to respirable dust, leads to the formation of aggressive ground-level ozone, and destabilizes water ecosystems.

Damages in Europe alone have been estimated at around 1-4 percent of economic output, worth billions of Euro. About half of these nitrogen pollution damages are from agriculture. This is why the scientists ran extensive computer simulations to explore the effects of different mitigation measures.

Both Farmers and Consumers would have to Participate in Mitigation

“It became clear that without mitigation, the global situation may markedly deteriorate as the global food demand grows,” says Bodirsky, who is also affiliated to the International Center for Tropical Agriculture, Colombia (CIAT). “A package of mitigation actions can reverse this trend, yet the risk remains that nitrogen pollution still exceeds safe environmental thresholds.”

Only combined mitigation efforts both in food production and consumption could substantially reduce the risks, the study shows.

Currently, every second ton of nitrogen put on the fields is not taken up by the crops but blown away by the wind, washed out by rain, or decomposed by microorganisms. To reduce losses and prevent pollution, farmers can more carefully target fertilizer application to plants’ needs, using soil measurements. Moreover, they should aim at efficiently recycling animal dung to fertilize the plants. “Mitigation costs are currently many times lower than damage costs,” says co-author Alexander Popp.

“For consumers in developed countries, halving food waste, meat consumption and related feed use would not only benefit their health and their wallet,” Popp adds. “Both changes would also increase the overall resource efficiency of food production and reduce pollution.”

“The nitrogen cycle is interwoven with the climate system in various ways,” Hermann Lotze-Campen points out, co-author of the study and co-chair of PIK’s research domain Climate Impacts and Vulnerabilities. Nitrous oxide, or laughing gas, on the one hand is one of the major greenhouse gases. On the other hand, nitrogen containing aerosols scatter light and thereby cool the climate. And as fertilizing nutrient, nitrogen enhances the growth of forests which binds CO2.

“Currently, the health effects of nitrogen pollution are clearly more important, because the different climate effects largely cancel out,” says Lotze-Campen. “But this may change – hence limiting nitrogen would have the double benefit of helping our health today and avoiding climate risks in the future.” 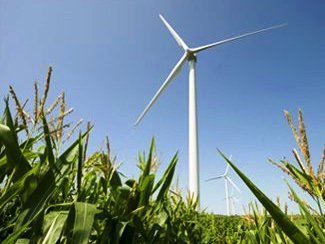