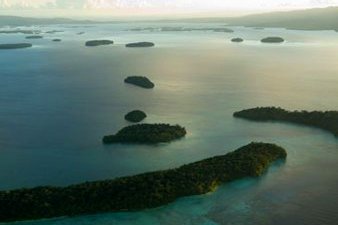 Montreal – On the International Day for Biological Diversity, celebrated under the theme of Island Biodiversity on May 22, islands take action to effectively conserve biodiversity and promote sustainable livelihoods. These actions, or “Bright Spots”, point the way towards sustainable development for island ecosystems and beyond.

In a major gesture to mark the day, four Parties to the Convention, including Samoa, deposited their instruments of ratification to the Nagoya Protocol on Access and Benefit Sharing at the United Nations Headquarters.

Samoa’s ratification is particularly timely given this year’s theme for the International Day for Biological Diversity. Samoa will also host the Third International Conference on Small Island Developing States in September 2014.

“As we celebrate island biodiversity today, we recognize the tremendous efforts made by islanders to build a future of life in harmony with nature,” said Braulio Ferreira de Souza Dias, Executive Secretary of the CBD. “These concrete actions not only support the implementation of the programme of work for island biodiversity, they also provide valuable lessons for integrating biodiversity into sustainable development that can be applied around the world.”

“On this day, we also welcome the ratifications of the Nagoya Protocol by Denmark, the European Union, Namibia and Samoa that bring us closer to achievement of Aichi Biodiversity Target 16 that by 2015 the Nagoya Protocol is in force and operational. Their actions take us closer to entry into force before the twelfth meeting of the Conference of the Parties (COP 12) to the Convention that will take place in the Republic of Korea in October 2014. I encourage all Parties that have yet to do so to take the necessary steps to ratify the Protocol,” he said.

In addition to the European Union, Demark becomes the second European Union member State; Namibia the fifteenth African State; and Samoa the sixth Small Island Developing State, to ratify the Nagoya Protocol. Their ratification underscores the global recognition of the importance of this instrument for obtaining access to genetic resources and for sharing benefits arising from their use.

The theme of Island Biodiversity was chosen to coincide with the observance of 2014 as the International Year of Small Island Developing States. World Environment Day on 5 June 2014 will also bring attention to islands when the need for global action will be highlighted with the theme “Raising Our Voices, Not the Sea Level”.

On 22 May, actions by and for islands were highlighted around the world by many including The Global Island Partnership (GLISPA – www.glispa.org), co-chaired by the Presidents of Palau and Seychelles as well as the Prime Minister of Grenada. GLISPA promotes action for island conservation and sustainable livelihoods supporting island leaders to work together to tackle global challenges.

The Nagoya Protocol was adopted at the tenth meeting of the Conference of the Parties in 2010, in Nagoya, Japan, and significantly advances the objective of the Convention on the fair and equitable sharing of benefits arising from the utilization of genetic resources by providing greater legal certainty and transparency for both providers and users of genetic resources. By promoting the use of genetic resources and associated traditional knowledge, and by strengthening the opportunities for fair and equitable sharing of benefits from their use, the Protocol will create incentives to conserve biodiversity, sustainably use its components, and further enhance the contribution of biodiversity to sustainable development and human well-being.

The full text of the Nagoya Protocol is available at: www.cbd.int/abs/doc/protocol/nagoya-protocol-en.pdf

Information on the signatories to the Nagoya Protocol and the status of ratification, acceptance, approval or accession is available at: www.cbd.int/abs/nagoya-protocol/signatories/

The Convention on Biological Diversity (CBD)

Opened for signature at the Earth Summit in Rio de Janeiro in 1992, and entering into force in December 1993, the Convention on Biological Diversity (CBD) is an international treaty for the conservation of biodiversity, the sustainable use of the components of biodiversity and the equitable sharing of the benefits derived from the use of genetic resources.

With 194 Parties up to now, the Convention has near universal participation among countries. The Convention seeks to address all threats to biodiversity and ecosystem services, including threats from climate change, through scientific assessments, the development of tools, incentives and processes, the transfer of technologies and good practices and the full and active involvement of relevant stakeholders including indigenous and local communities, youth, NGOs, women and the business community.