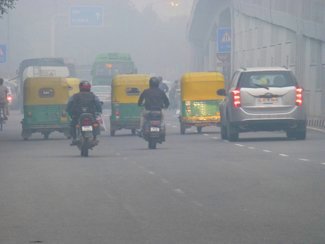 Only 12% of the people living in cities reporting on air quality reside in cities where this complies with WHO air quality guideline levels. About half of the urban population being monitored is exposed to air pollution that is at least 2.5 times higher than the levels WHO recommends – putting those people at additional risk of serious, long-term health problems.

In most cities where there is enough data to compare the situation today with previous years, air pollution is getting worse. Many factors contribute to this increase, including reliance on fossil fuels such as coal-fired power plants, dependence on private transport motor vehicles, inefficient use of energy in buildings, and the use of biomass for cooking and heating.

But some cities are making notable improvements – demonstrating that air quality can be improved by implementing policy measures such as banning the use of coal for “space heating” in buildings, using renewable or “clean” fuels for electricity production, and improving efficiency of motor vehicle engines.

The latest available data have prompted WHO to call for greater awareness of health risks caused by air pollution, implementation of effective air pollution mitigation policies; and close monitoring of the situation in cities worldwide.

“Too many urban centres today are so enveloped in dirty air that their skylines are invisible,” said Dr. Flavia Bustreo, WHO Assistant Director-General for Family, Children and Women’s Health. “Not surprisingly, this air is dangerous to breathe. So a growing number of cities and communities worldwide are striving to better meet the needs of their residents – in particular children and the elderly.”

In April 2014, WHO issued new information estimating that outdoor air pollution was responsible for the deaths of some 3.7 million people under the age of 60 in 2012. The Organization also emphasised that indoor and outdoor air pollution combined are among the largest risks to health worldwide.

There are many components of air pollution, both gaseous and solid. But high concentrations of small and fine particulate pollution is particularly associated with high numbers of deaths from heart disease and stroke, as well as respiratory illnesses and cancers. Measurement of fine particulate matter of 2.5 micrometers or less in diameter (PM2.5) is considered to be the best indicator of the level of health risks from air pollution. 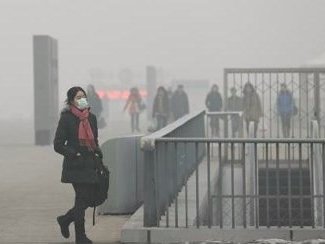 “We can win the fight against air pollution and reduce the number of people suffering from respiratory and heart disease, as well as lung cancer,” said Dr. Maria Neira, WHO Director for Public Health, Environmental and Social Determinants of Health. “Effective policies and strategies are well understood, but they need to be implemented at sufficient scale. Cities such as Copenhagen and Bogotà, for example, have improved air quality by promoting ‘active transport’ and prioritizing dedicated networks of urban public transport, walking and cycling.”

The report notes that individual cities can take local action to improve air quality and thus go against regional trends. And good air quality can go hand-in-hand with economic development, as indicated by some major cities in Latin America which meet, or approach, the WHO air quality guidelines.

“We cannot buy clean air in a bottle, but cities can adopt measures that will clean the air and save the lives of their people,” said Dr. Carlos Dora, Coordinator, Interventions for Healthy Environments, WHO Department of Public Health, Environmental and Social Determinants of Health.

Measures include ensuring that houses are energy efficient, that urban development is compact and well served by public transport routes, that street design is appealing and safe for pedestrians and cyclists, and waste is well managed. Such activities not only clean the air but can also serve as a catalyst for local economic development and the promotion of healthy urban lifestyles.

Despite the upswing in air quality monitoring, many cities in low and middle income countries still lack capacity to do so. There is a particular shortage of data in WHO’s Africa and Eastern Mediterranean regions.

The release of this data is a significant step in WHO’s ongoing work to advance a roadmap for preventing diseases related to air pollution. This involves the development of a global platform on air quality and health to generate better data on air pollution-related diseases and strengthened support to countries and cities through guidance, information and evidence about the health gains associated with different activities.

Primary source of data has been compiled from official national/sub-national reports, national/ sub-national websites containing measurements of PM10 or PM2.5, and relevant national agencies. Measurements reported by the following regional networks were used: the Asian Clean Air Initiative for Asia, and Airbase for Europe. In the absence of data from the previous sources, data from: (a) UN agencies; (b) Development agencies; and (c) articles from peer reviewed journals were used.

Annual mean concentrations of particulate matter (PM10 and/or PM2.5) based on daily measurements, or data which could be aggregated into annual means, were included in the database. In the absence of annual means, measurements covering a more limited period of the year were exceptionally used. 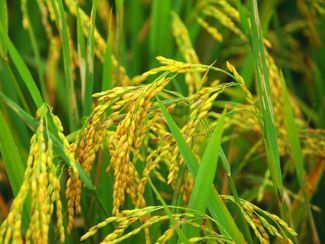