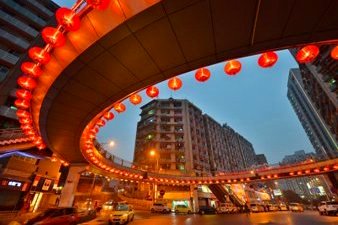 As China’s people are increasingly concentrated in cities, with 200 million more urban dwellers than a decade ago, the government needs to strengthen the enforcement of environmental legislation and reduce the number of pollution-related health problems, according to the joint report by the World Bank and the Development Research Center of China’s State Council.

The report, titled “Urban China: Toward Efficient, Inclusive and Sustainable Urbanization”, was prepared over the last 14 months and the interim reports were shared on a continuous basis with China’s top policymakers as input to the government’s policy discussions on urbanization, providing an important basis for the formulation of policies on China’s new model of urbanization.

“The reform agenda the report presents would boost revenue for farmers in land sales, provide more services for migrants and encourage more responsible financing by local governments. It would also mean greener urban planning, and stronger environmental management so everyone can breathe easier,” said Jim Yong Kim, World Bank Group President. “China has already made big progress with experiments at the local level that can be expanded on a huge scale.”

“Urbanization is a powerful engine for China’s sustained and healthy economic growth,” said Lou Jiwei, Chinese Minister of Finance. “It is necessary to put people at the core of urbanization, supported by institutional and systemic innovation, and unleash the development potential of urbanization through reform. We need to accelerate reform of the fiscal and tax system as well as investment and financing mechanisms, promote the application of the public-private partnership (PPP) model, to help build a diverse and sustainable urban financing mechanism. We need to gradually address the issue of basic public services for rural migrants, and create a mechanism to link the financial payment system for rural migrants transferring to urban areas, in order to achieve the goals for people centered urbanization.”

In the last 30 years, China’s record economic growth lifted half a billion people out of poverty, with rapid urbanization providing abundant labor, cheap land and good infrastructure. While China has avoided some of the common ills of urbanization, strains are showing as inefficient land development leads to urban sprawl and ghost towns, pollution threatens people’s health, and farmland and water resources are becoming scarce. With China’s urban population projected to rise to about one billion – or close to 70 percent of the country’s population – by 2030, China’s leaders are seeking a more coordinated urbanization process.

“More than any other country in the world, China has made huge progress in ending extreme poverty. It now has an opportunity to make further gains by improving the lives of the hundreds of millions residents moving into its cities,” said Sri Mulyani Indrawati, Managing Director and Chief Operating Officer of the World Bank Group. “If China stays committed and implements the necessary reforms, it could become a global model on urbanization, while winning the war on pollution, sustaining high growth rates for its economy, making cities more livable, and allowing more people to benefit from development.”

“Managing urbanization is fundamental for China to achieve its goal to become a high-income country,” said Li Wei, Director of China’s Development Research Center. “Good management of urbanization is essential to unleash the potential of cities to improve efficiency and promote innovation. The key is to ensure good governance at the city level, while meeting the challenge to strengthen urban environmental protection and control pollution. It is vital to develop institutional mechanisms for efficient, inclusive and sustainable urbanization.”

The report includes six priority areas for a new model of urbanization: 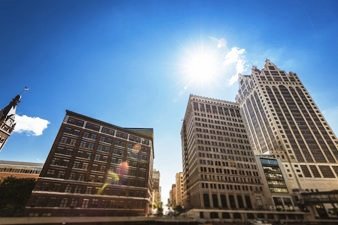