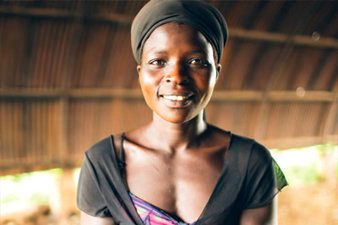 Washington – Tackling the pervasive inequality faced by women farmers across Africa is critical if the continent is to reduce poverty, boost economic growth and feed its growing population, says a new report published on March 18 by the World Bank Group and The ONE Campaign.

The report, titled “Levelling the Field: Improving Opportunities for Women Farmers in Africa”, examines the scale and causes of the dramatic differences between how much men and women farmers produce in six African countries – Ethiopia, Malawi, Niger, Nigeria, Tanzania and Uganda – which together make up more than 40 percent of Sub-Saharan Africa’s population. This first of its type report reveals deep-rooted gender gaps in African agriculture, identifies factors holding back women farmers, and sets out concrete actions that policy makers can take to reduce inequality. Closing this gap can help boost household incomes and livelihoods, as well as provide cheap and nutritious food to Africa’s growing population.

“This report presents the clearest evidence to date about the breadth and depth of the gender gap in African agriculture. It argues that by spear-heading proven, effective policies that target the needs of female farmers, such as strengthening land rights, governments can help farming families tackle the low-productivity traps that entrench poverty and prevent millions of farmers from leading decent lives,” said Makhtar Diop, Vice President for the World Bank’s Africa Region.

The report found that although almost half the agricultural workers across the continent are women, productivity on their farms is significantly lower per hectare compared to men. In the six countries profiled, women produce less than men, ranging from 13 percent in Uganda to 25 percent in Malawi.

Other key findings include:

Agriculture has enormous potential to drive inclusive economic growth, improve food security, and create job opportunities for millions of Africans. Two thirds of Africa’s citizens depend on farming for their livelihoods and more than 90 percent of the poorest people engage in agriculture. Given equal access to productive resources, women farmers worldwide could increase farm yields by as much as 20 to 30 percent, meaning 100 to 150 million fewer people would go to bed hungry every day. 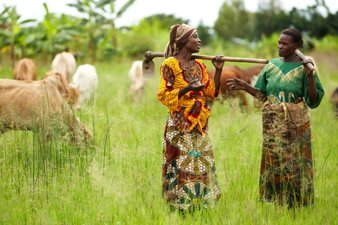 The report is particularly timely as the African Union has declared 2014 to be the “Year of Agriculture and Food Security”, bringing much needed attention to the farming sector’s potential to transform the continent.

ONE Africa Director, Dr. Sipho Moyo, said, “We ignore this gender gap at our peril and ultimately at great social and economic cost. It is a real injustice to Africa’s women farmers and their families that women make up nearly half of the labour force in agriculture but, on average, produce less per hectare than men. This absurd gender gap further undermines the sector’s potential to drive inclusive economic growth, improve food security and create employment and business opportunities for millions of young Africans entering the job market every year.”

“If governments and partners invest in agriculture and, in particular, its women farmers today, they can be assured of a legacy of greater equality and boundless opportunity that will benefit Africans for generations to come and may usher the beginning of the end of aid dependence for our people.”

To narrow the gender gap, the report calls for African governments to address key policy areas which will help empower women farmers. These include the following:

Warmer World Will Keep Millions of People Trapped in Poverty