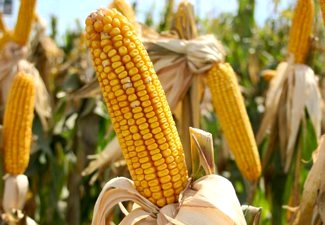 Heatwaves could significantly reduce crop yields and threaten global food supply if climate change is not tackled and reversed.

This is according to a new study led by researchers at the University of East Anglia and published on March 20 in IOP Publishing’s journal Environmental Research Letters, which has, for the first time, estimated the global effects of extreme temperatures and elevated levels of carbon dioxide (CO2) on the production of maize, wheat and soybean.

Earlier studies have found that climate change is projected to reduce maize yields globally by the end of the century under a “business-as-usual” scenario for future emissions of greenhouse gases; however, this new study shows that the inclusion of the effects of heatwaves, which have not been accounted for in previous modelling calculations, could double the losses of the crop.

Lead author of the study Delphine Deryng, from the Tyndall Centre for Climate Change Research at the University of East Anglia, said, “Instances of extreme temperatures, brought about by a large increase in global mean temperature, can be detrimental to crops at any stage of their development, but in particular around anthesis – the flowering period of the plant.”

“At this stage, extreme temperatures can lead to reduced pollen sterility and reduced seed set, greatly reducing the crop yield.”

The impacts on wheat and soybean are likely to be less profound, primarily because of the fertilisation effects that elevated levels of CO2 can have on these crops.

In plants, CO2 is central to the process of photosynthesis – the mechanism by which they create food from sunlight, CO2 and water. When there is more CO2 in the atmosphere, the leaves of plants can capture more of it, resulting in an overall increase in the biomass of the plant.

In addition, plants are able to manage their water use much more efficiently in these conditions, resulting in better tolerance to drought episodes. However, it is not clear whether these CO2 fertilisation effects will actually occur in the field owing to interactions with other factors.

If the CO2 fertilisation effects do occur, the researchers found that the yields of wheat and soybean are expected to increase throughout the 21st century under a “business-as-usual” scenario; however, the increases are projected to be significantly offset by the effects of heatwaves, as these plants are still vulnerable to the effects of extreme temperatures.

The study also identified particular areas where heatwaves are expected to have the largest negative effects on crop yields.  Some of the largest affected areas are key for crop production, for example, the North American corn belt for maize. When the CO2 fertilisation effects are not taken into account, the researchers found a net decrease in yields in all three crops, intensified by extreme heat stress, for the top-five producing countries of each crop.

“Our results show that maize yields are expected to be negatively affected by climate change, while the impacts on wheat and soybean are generally positive, unless CO2 fertilisation effects have been overestimated,” continued Deryng.

Heat More Than Natural Disasters Will Drive People Away