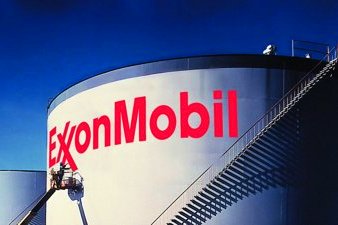 New York – In response to a shareholder resolution, ExxonMobil (XOM) – the largest U.S. energy company, for the first time ever has agreed to publish a Carbon Asset Risk report on the Company website describing how it assesses the risk of stranded assets from climate change. The report will provide investors with greater transparency into how ExxonMobil plans for a future where market forces and climate regulation makes at least some portion of its carbon reserves unburnable.

Arjuna Capital, the sustainable wealth management platform of Baldwin Brothers Inc., and As You Sow, a non-profit promoting environmental corporate responsibility, have agreed to withdraw their shareholder resolution in exchange for ExxonMobil providing information to shareholders on the risks that stranded assets pose to the Company’s business model, how the company is planning for a carbon constrained world, how climate risks affect capital expenditure plans, and other related issues.

“We’re gratified that ExxonMobil has agreed to drop their opposition to our proposal and address this very real risk. Shareholder value is at stake if companies are not prepared for a low-carbon scenario,” said Natasha Lamb, director of equity research and shareholder engagement at Arjuna Capital. “More and more unconventional ‘frontier’ assets are being booked on the balance sheet, such as deep-water and tar sands. These reserves are not only the most carbon intensive, risky, and expensive to extract, but the most vulnerable to devaluation. As investors, we want to ensure our Companies’ capital will yield strong returns, and we are not throwing good money after bad.”

“That the largest American oil and gas company is the first to come to the table on this issue says a lot about the direction that energy markets are taking,” said Danielle Fugere, President of As You Sow. “Companies need to acknowledge that preparing for a low-carbon future is a necessity, not a choice. Companies that prepare early for a future with reduced carbon emissions will likely perform better than those who delay – and investors need transparency and disclosure about these company choices.”

This is the first successful withdrawal with an oil and gas producer on the carbon asset risk issue this proxy season. The proposal reflects increasing investor concern about the issue of stranded assets and builds on a shareholder initiative coordinated by Ceres, in which shareholders representing $3 trillion in assets under management, asked 45 companies for increased disclosure about whether they are addressing carbon-related risk, the impact on capital expenditure decisions, and whether they are implementing strategies to avoid stranded assets in a carbon constrained world. Carbon Asset Risk proposals were filed at 10 fossil fuel companies this year.

These proposals underline a growing awareness of carbon asset risk. World governments agree that if catastrophic warming over 2°C is to be avoided, no more than one-third of current proven carbon reserves can be burned. These reserves, currently on the balance sheets of the 200 largest coal, oil and gas companies are valued at $20 trillion. Yet, a recent Unburnable Carbon report calculates that in 2012 alone, the 200 largest publicly traded fossil fuel companies collectively spent an estimated $674 billion on finding and developing new reserves – reserves that cannot be utilized without breaking the world’s carbon budget.

ExxonMobil’s agreement to report publicly on carbon asset risk is an important step in addressing the likelihood that Exxon’s reserves are at risk of devaluation in a carbon constrained future, and how the Company is responding to the long-term financial risks climate change poses to its business plans.

“A careful and detailed assessment of the potential for stranded assets is an important first step for all fossil fuel companies, and we’re encouraged by Exxon Mobil’s commitment to publish this report,” said Andrew Logan, Director of Ceres’ Oil and Gas Program. “Moving forward, Ceres and its Investor Network on Climate Risk will be looking for concrete commitments by companies to avoid making riskier investments in the most carbon-intensive assets, which would demonstrate the companies’ ability to adapt as the world transitions to a low-carbon economy.”

This resolution and withdrawal with Exxon follows a first-of-its-kind proposal and vote on the risk of stranded assets filed by As You Sow at CONSOL Energy last year, which was supported by almost 20% of voting shares, representing over $1 billion in assets. This level of shareholder support is rare for a new resolution, demonstrating the depth of concern from large institutional investors.

“Investors are the canary in the coalmine and will move their money to avoid material risk,” said Lamb. “Forward thinking companies need to re-assess how they allocate shareholder capital and act strategically to shift their business models. If Big Oil can’t redirect capital to low carbon energy alternatives, investors will.”

As You Sow is a non-profit organization that promotes environmental and social corporate responsibility through shareholder advocacy, coalition building, and innovative legal strategies. For more information, visit www.asyousow.org.