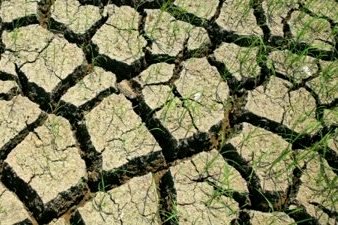 Davos, Switzerland – Up to 849 million hectares of natural land – nearly the size of Brazil – may be degraded by 2050 should current trends of unsustainable land use continue, warns a report by the United Nations Environment Programme (UNEP).

The need to feed a growing number of people globally has led to more land being converted to cropland at the expense of the world’s savannah, grassland and forests. This has resulted in wide-spread environmental degradation and biodiversity loss, affecting an estimated 23 per cent of global soil.

Agriculture currently consumes more than 30 per cent of the world’s land area, and cropland covers around 10 per cent of global land. Between 1961 and 2007, cropland expanded by 11 per cent, a trend that continues to grow.

The report, entitled “Assessing Global Land Use: Balancing Consumption with Sustainable Supply”, was produced by the International Resource Panel – a consortium of 27 internationally renowned resource scientists, 33 national governments and other groups, hosted by UNEP.

UN Under-Secretary-General and UNEP Executive Director Achim Steiner said, “The findings of the International Resource Panel show that the world has witnessed an unprecedented sharp decline in terrestrial ecosystem services and functions during the past decades. Forests and wetlands have been converted to agricultural land to feed growing populations but at a cost that is not sustainable.”

“Recognizing that land is a finite resource, we need to become more efficient in the ways we produce, supply and consume our land-based products. We must be able to define and adhere to the boundaries within which the world can safely operate to save millions of hectares by 2050,” he said.

“Recommendations from the report are meant to inform policy and contribute to on-going discussions on targets and indicators for sustainable resources management as the world charts a new course for sustainable development post-2015,” he added.

The report outlines the need and options to balance consumption with sustainable production. It focuses on land-based products, such as food, fuel and fibre, and describes methods to enable countries to determine whether their consumption levels exceed sustainable supply capacities.

Shifts to more protein-rich diets in developing countries and a growing demand for biofuels and biomaterials, especially in developed countries, are increasing the demand for land. 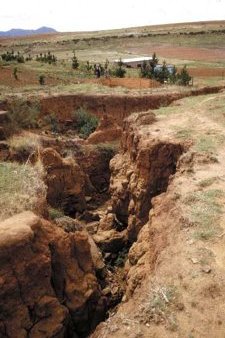 The report attempts to answer the question: how much more land can be used to serve the growing demand for food and non-food biomass while keeping the consequences of land use change (e.g., deforestation) at a tolerable level?

The report builds on the “Safe Operating Space” (SOS) concept, which underpins the notion that once human activity has passed certain thresholds or tipping points, defined as “planetary boundaries”, there is a risk of irreversible and abrupt environmental change.

The International Resource Panel uses the SOS concept as a starting point to understand how much more land use can occur before the risk of irreversible damage – in particular through biodiversity loss, release of carbon dioxide, disruption of water and nutrient cycles, and loss of fertile soil – becomes unacceptable.

It calculates that the global cropland area available for supplying demand could safely increase by up to 1,640 million hectares, but warns that under business-as-usual conditions, the expected global land demands by 2050 will overshoot this safe operating space.

Monitoring global land use of countries and regions for their domestic consumption gives an indication of whether they have exceeded or are within their safe operating space.

For the European Union, for instance, 0.31 hectares per person were required in 2007. This is one-fourth more than what is domestically available in the EU, is one-third more that the globally available per person cropland in 2007, and is well above the 0.20 per person SOS target for 2030.

The report says that the key causes of our global challenges are linked to unsustainable consumption levels, but in high-consuming countries, only a few policy instruments address excessive consumption habits and the structures that encourage them.

At the same time, with an expanding global population and a worldwide trend towards urbanization, up to 5 per cent of the global land (around 15 billion hectares) is expected to be covered by built-up areas by 2050.