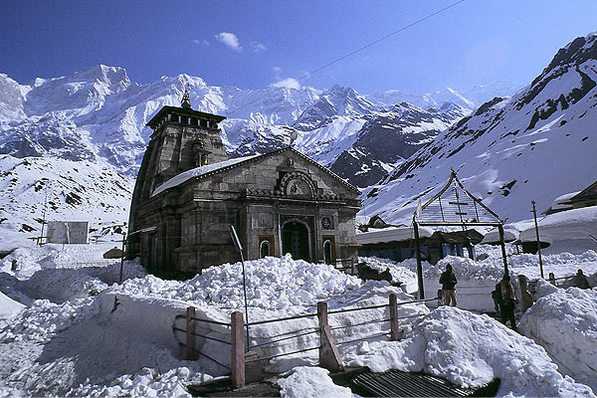 Uttarakhand, a state in the northern part of India, is often referred to as “the Land of Gods” due to the many holy Hindu temples and pilgrimage centers found throughout the state.

Kedarnath, the epicenter of disaster, is located at the confluence of two converging steep slopes of mountain glaciers – making it vulnerable to a rapid run off in case of a flash flood.

According to Dave Petley, Professor of Geography at Durham University, U.K., the unexpected heavy cloudburst  “triggered a collapse event on the mountain, which turned into a debris flow downstream that struck the town”.

The rainfall increased glacial melting which resulted in a massive 1200 feet landslip. This downslide burst the Chorabari moraine lake, which then caused catastrophic debris flow down Mandakini and Alakananda rivers.

According to Petley, the two different but reinforcing events that caused the disaster were landslide-induced debris that came from the glaciated area in the north-east and a glacial-related flow that originated from the north-west glacier.

While there is debate going on in the scientific community on whether occurrences of flash floods are linked to climate change, there are certain facts that cannot be ignored.

Formation and Movement of Heavy Clouds

As temperatures rise, the capacity of atmosphere to carry more water vapour increases leading to formation of bigger clouds with greater moisture holding capacity. When these clouds undergo a drastic cooling effect in higher atmosphere they dump too much precipitation within a short time span – which can trigger a flash flood.

Global warming also impacts the movement of these heavy water-laden clouds which is yet to be understood comprehensively, especially in the Himalayan region where the weather patterns change drastically along the mountain range.

If the current scientific projections – that global temperatures are set to rise by 1 to 2.5 degrees by 2050, is to be believed, such instances of cloud bursts would become more frequent and intense.

Climate change is responsible in the early formative stages of such extreme weather events. But what makes it worse is ignorance of ecologically sensitive  issues and the lack of human preparedness to meet such an eventuality.

The roots of Uttarakhand tragedy lie in the changing weather patterns due to climate change.

This post is part of “Climate Watch Series” that traces emerging climate change impacts to unravel and question the science behind them. If you have alternate views, you are welcome to write to us at editor@thinktosustain.com or post in the comment box below.

Some Plants May Not Adapt Quickly to Future Climate Change