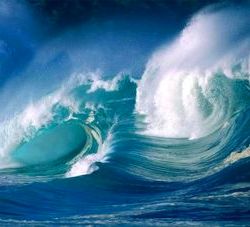 London – An international panel of marine scientists is demanding urgent remedies to halt ocean degradation based on findings that the rate, speed and impacts of change in the global ocean are greater, faster and more imminent than previously thought.

Results from the latest International Programme on the State of the Ocean (IPSO) / IUCN review of science on anthropogenic stressors on the ocean go beyond the conclusion reached last week by the UN climate change panel, the Intergovernmental Panel on Climate Change (IPCC), that the ocean is absorbing much of the warming and unprecedented levels of carbon dioxide and warn that the cumulative impact of this with other ocean stressors is far graver than previous estimates.

Decreasing oxygen levels in the ocean caused by climate change and nitrogen runoff, combined with other chemical pollution and rampant overfishing are undermining the ability of the ocean to withstand these so-called ‘carbon perturbations’, meaning its role as Earth’s ‘buffer’ is seriously compromised.

Professor Alex Rogers of Somerville College, University of Oxford, and Scientific Director of IPSO, said, “The health of the ocean is spiraling downwards far more rapidly than we had thought. We are seeing greater change, happening faster, and the effects are more imminent than previously anticipated. The situation should be of the gravest concern to everyone since everyone will be affected by changes in the ability of the ocean to support life on Earth.”

The findings, published in the peer-reviewed journal Marine Pollution Bulletin, are part of an ongoing assessment process overseen by IPSO, which brings together scientists from a range of marine disciplines. The body’s previous 2011 report, which warned of the threat of ‘globally significant’ extinctions of marine species, received global media attention and has been cited in hearings at the United Nations, US Senate and European Parliament as well as the UK Parliament.

Among the latest assessments of factors affecting ocean health, the panel identified the following areas as of greatest cause for concern:

As a matter of urgency, the marine scientists say that world governments must: