Nairobi – The lights are going on all over Africa, home to some of the fastest growing economies in the world.

Overall, that is great news. Children can study at night without breathing harmful or environmentally damaging kerosene fumes; the sense of security in poor communities, where people live in fear when night falls, is hugely increased; productivity for businesses improves as they can stay open later; and commonplace fires, caused by fallen candles or spilt fuels, become rare.

However, unless energy efficient lighting is adopted, carbon emissions from an expected increase in electricity consumption of between 60-70 per cent by 2030 could lead to disastrous effects on efforts to fight climate change globally.

Few actions could reduce carbon emissions as inexpensively and easily as the phase-out of inefficient lighting and making sure that any new lighting uses environmentally sustainable technology.

West Africa has become the latest region to drive efforts to promote energy efficient lighting. A complete transition in that area could produce annual energy savings of 2.4 terawatt hours, approximately 6.75 per cent of total electricity consumption. The savings would be enough to supply the total annual electricity needs of at least 1.2 million households.

This decision came after Ministers representing the 15 countries of the Economic Community of West African States (ECOWAS) meeting in Ghana last October adopted a regional energy efficiency policy on the occasion of the ECOWAS High Level Energy Forum of the Sustainable Energy for All (SE4ALL) Initiative.

The ECOWAS member states agreed to eliminate inefficient incandescent lamps and adopt more efficient lighting, a move that would save the region an estimated US $ 220 million per year in energy costs. Lighting currently represents 20 per cent of electricity usage.

They are supported by en.lighten, a global project established to accelerate worldwide market transformation to environmentally sustainable lighting technologies. This initiative is funded by the Global Environment Facility (GEF) and implemented by the United Nations Environment Programme (UNEP), in partnership with leading global lighting manufacturers, Philips and OSRAM, and the National Lighting Test Center (China).

For West Africa, the strategy is being formulated in collaboration with ECOWAS’ Centre for Renewable Energy and Energy Efficiency (ECREEE) as part of ECOWAS initiative on efficient lighting.

Around 60 per cent of the population in ECOWAS countries does not have access to electricity. Replacing the millions of kerosene lamps, candles and flashlights used in countries in the region with modern solar lighting would provide an increasingly low-cost solution to reducing carbon emissions, indoor air pollution and health risks, and boost green jobs.

It is a further contribution to the UN Secretary-General’s Sustainable Energy for All initiative and a way for developing countries to demonstrate in practical terms their commitment to a new universal UN climate agreement by 2015.

The transition is underway, the challenge now is to maintain that momentum so that as the lights go on across Africa they go on in a way that builds another foundation towards a Green Economy and significant step towards the future we want and the future we need. 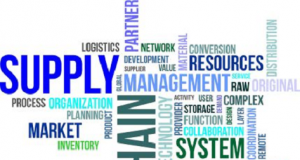