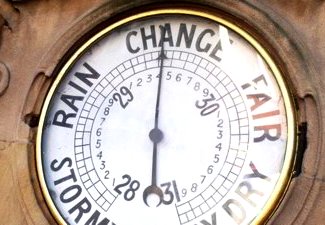 As Europe’s climate warms, wine producers in Europe may need to change the type of grapes they cultivate or the location of vineyards, even moving production to other areas in some cases. This is just one example of how Europe’s economy and society need to adapt to climate change, as examined in a new report from the European Environment Agency (EEA).

The report, “Adaptation in Europe: Addressing Risks and Opportunities from Climate Change in the Context of Socio-Economic Developments”, describes the policies and some of the measures taken at EU level and by European countries. So far half of the 32 EEA member countries have plans for adaptation, and some have started to take action, although all countries still have a lot of work to do.

While global mitigation efforts should continue to aim to limit global temperature increases to 2°C, the report states that it is necessary to prepare for a greater range of temperature increases and other climate changes. This is needed to properly account for the many uncertainties in climatic and socio-economic projections.

An earlier EEA report has shown that climate change is already affecting all regions in Europe, causing a wide range of impacts on society and the environment. Further impacts are expected in the future if no action is taken. Observations show higher average temperatures across Europe. Precipitation is decreasing in southern regions and increasing in northern Europe.

Jacqueline McGlade, EEA Executive Director, said, “Adaptation is about new ways of thinking and dealing with risks and hazards, uncertainty and complexity. It will require Europeans to cooperate, to learn from each other, and to invest in the long-term transformations needed to sustain our well-being in the face of climate change.”

The report was launched on April 29 at a conference on the EU Strategy on Adaptation to Climate Change, which was intended to support coherent and integrated adaptation policies in the EU across different sectors.

For example, adaptation on France’s Mediterranean coast uses an integrated approach considering climate change, tourism, transport and biodiversity. In urban areas, green spaces and water bodies work together with building design to reduce heat wave risks. Barcelona has also started to adapt to water shortages with a new highly efficient desalination plant. This ‘grey’ project works in tandem with other ‘soft’ initiatives such as incentives to reduce water consumption, reducing the impacts from prolonged droughts.

While the cost of adaptation may be high in some cases, the report emphasises the overall savings from some adaptation actions. One of the largest ecosystem-based adaptation projects is restoring the Danube river basin to its previously natural state. Although it will cost an estimated € 183 million, it should help prevent flooding such as the 2005 event which alone cost € 396 million in damages.

Early warning systems to help predict forest fires, floods and droughts have been set up in Europe. Such soft measures can help communities cope with risks, the report says. A similar project in Italy has set up early warning systems for mosquito-borne diseases expected to increase with climate change.

Europe needs to adapt to climate change in a coherent way, ensuring adaptation is integrated in EU and national policies, the report says. There is no ‘one-size-fits-all’ approach – adapting to climate change should respond to national and local conditions.

There is still uncertainty in climate change projections, and it is difficult to accurately estimate future risks as socio-economic aspects are also changing. For these reasons, adaptation planning should be flexible enough to cope with unforeseen circumstances and a range of future climate changes, the report says. For example, the upgrade of the Thames Barrier which protects London from coastal flooding is being planned to keep options open, so it can be adjusted depending on the trend in sea level rise.

Climate-ADAPT has a wealth of case studies and other information to help countries, regions and cities adapt to climate change. The website includes information on projected climate impacts and national actions as well as news and upcoming events.

Check the following link to read/download the Full Report:
http://www.eea.europa.eu/publications/adaptation-in-europe