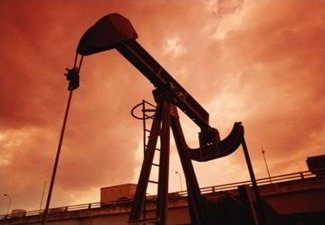 An international effort to ensure good governance of natural resources could do more to improve accountability and sustainability, according to research in the oil- and gas-rich Caspian Sea Region that International Institute for Environment and Development (IIED) published on March 14.

The research relates to the Extractive Industries Transparency Initiative (EITI), which requires countries to declare the revenues they receive from companies in the oil, gas and mining sectors, and requires companies to declare what they pay.

In May, heads of state, government ministers and business leaders will gather in Sydney, Australia, for the EITI’s biennial conference, where they will agree new rules that will shape the future of the initiative.

The report focuses on three countries: Azerbaijan – the first country globally to become EITI Compliant; Kazakhstan – an EITI Candidate country that seeks to become compliant; and Turkmenistan, which has not signed up to the EITI, but has expressed an interest in learning more about this initiative, in the light of recent developments in its oil and gas sector.

“Countries in the Caspian region have considerable natural wealth in the form of oil and gas deposits that can provide the basis for great improvements in national development, so long as there are strong institutions, greater transparency and accountability, and enforcement mechanisms in place,” says co-author of the report, Professor Ingilab Ahmadov of Azerbaijan’s Khazar University.

“Countries of the Caspian region have started to improve their governance of oil and gas through the EITI, though need to ensure that transparency leads to better governance, accountability and stronger institutions. Only this way can we achieve real societal change, such as reducing corruption and poverty,” says co-author, Kazakhstani researcher, Saule Ospanova. “Our research in the region is relevant globally as it identifies several ways to improve the EITI rules for even greater impact.”

The new report recommends that the new EITI rules:

“Natural resource wealth should translate into tangible benefits for citizens,” says IIED’s project leader, Dr. Emma Wilson. “The EITI is just one of a growing number of initiatives that aim to ensure greater transparency in how governments and companies share the wealth in sectors such as oil, gas and mining.”

“The EITI has had a promising start,” says Wilson, ”But there is clear potential for it to move beyond transparency and push also for greater accountability and enable civil society to make use of the information it generates to hold governments and companies to account.”

Later this year, Wilson and colleagues will publish a related study based on a comparison of the Caspian region and sub-Saharan Africa (Uganda, Ghana and Nigeria).

Several heads of state will attend the EITI’s 23-24 May 2013 global conference, which is chaired by former UK Minister for International Development Clare Short.

Check the following link to read/download the Full Report – “The Extractive Industries Transparency Initiative and Sustainable Development: Lessons and new challenges for the Caspian Region”:
http://www.iied.org/study-shows-how-improve-extractive-industries-transparency-initiative

The Extractive Industries Transparency Initiative (EITI) is a voluntary global initiative to promote revenue transparency in the oil, gas and mining sectors, which became operational in 2006-07. The EITI is a coalition of governments, companies, civil society groups, investors and international organisations. Signatory governments are required to declare the revenues they receive from companies, and the companies operating in those countries are required to declare what they pay. Participation in EITI has grown significantly over recent years – 37 countries have now signed up; 20 are now Compliant. For more information, visit http://eiti.org/about.