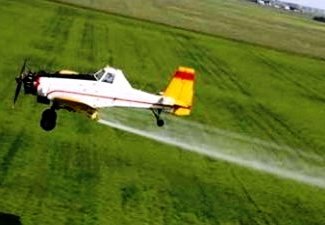 Washington – A two-year investigation by the Natural Resources Defense Council (NRDC) has found that the federal government has potentially threatened the public’s health by improperly using a regulatory loophole to approve many untested or under-tested toxic pesticides.

NRDC has found that the U.S. Environmental Protection Agency used this loophole to approve 65 percent of 16,000 pesticides for use in consumer products and agricultural processes.

NRDC released a report on March 27 on its investigation titled, “Superficial Safeguards: Most Pesticides are Approved by Flawed EPA Process”, that calls for major reforms in the government’s approval process for toxic pesticides.

The report outlines how the EPA has used what is known as conditional registration – which Congress intended to be used sparingly – to grant approval for the majority of pesticides. It also reveals that the EPA cannot easily track the history of conditionally approved pesticides to determine whether required toxicity data was submitted, whether that caused a dangerous use of a pesticide to be cancelled, or whether the uses or restrictions should be modified based in such data.

“The American public may think all pesticides receive rigorous health and safety testing before they hit the shelves for sale. But our investigation shows their trust is misplaced,” said Jennifer Sass, NRDC senior health scientist and co-author of the report. “The EPA has casually approved more than 10,000 pesticides for use in consumer products and in agriculture through this loophole. They’ve done so without transparency or public comment, and, in some cases, without toxicity tests to determine safety guidelines for public use.”

Co-author Mae Wu, NRDC attorney, said, “For the sake of our health, the EPA should cancel conditional pesticide registrations with overdue toxicity tests and those that pose a risk to the public. And EPA needs to clean up its abysmal pesticide database to provide more transparency and accountability, and safeguards for public health.”

The first one, nanosilver – which may damage cells in the brain, liver and other organs, and pass from mother to fetus – is widely used as an anti-microbial agent in clothing. The second one, clothianidin – which is in a family of pesticides connected to wide-spread deaths of bees in the United States and beyond – was approved based on a flawed bee field test. Both remain on the market today.

Congress intended for the EPA to use its conditional registration process only under certain circumstances to allow some pesticides onto the market to serve the public interest, or while required data is produced and submitted. But NRDC examined the pesticide registry database and determined the EPA has abused this authority to send onto the marketplace the majority of pesticides.

NRDC determined that the EPA is not tracking conditional registrations to assess whether toxicity or other required health or environmental impact data is submitted. Nor does the agency track what submitted data shows regarding a pesticide’s potential for harm, or what, if any, changes were made in their recommended use. In fact, conditional registrations can last for as many as 15 years with no trigger to force the EPA to assess their status.

Based on those findings, NRDC calls on the EPA to take six corrective actions:

Taking these steps would close the wide loophole that exists today that allows pesticide manufacturers to get many products onto the market before they are thoroughly assessed, and would restore integrity to the government’s duty to provide proper oversight of pesticides.

Check the following link to read/download the Full Study:
http://www.nrdc.org/health/pesticides/files/flawed-epa-approval-process-IB.pdf