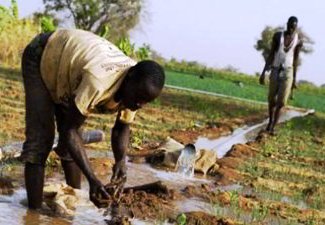 Land concentration and land grabbing do not occur only in developing countries in the South; in fact, both are underway in Europe today, argues a new report by European Coordination Via Campesina (ECVC) and Hands off the Land network. It shows how the Common Agricultural Policy (CAP) subsidy scheme and other national policies are driving this dynamic.

The report, involving 25 authors from 11 countries and titled “Land Concentration, Land Grabbing and People’s Struggles in Europe” was released on 17 April 2013, which marked the International Day of Peasant Struggles. It revealed the hidden scandal of how just three per cent of land-owners have come to control half of all farmed land. This massive concentration of land ownership and wealth is on a par with Brazil, Colombia and Philippines.

Some of these processes of ever-increasing land concentration are not new; however, they have accelerated in recent decades, in particular in Eastern Europe. Many feature European companies, as well as new actors including Chinese companies and Middle Eastern hedge funds, tied into an increasingly global commodity chains, and all looking to profit from the increasingly speculative commodity of land.

The report features in-depth case studies on strong land concentration trends in Spain, Germany, Italy, France and Austria. It also features various forms of land grabbing in Hungary, Romania, Bulgaria, Serbia and Ukraine. Just like their counterparts in Ethiopia, Cambodia or Paraguay, many of these large-scale land deals are being carried out in a secretive, non-transparent manner.

The report reveals that one of the drivers of this European land grab and land concentration is the subsidies paid under the Common Agricultural Policy, which explicitly favours large land holdings, marginalises small farms, and blocks entry by prospective farmers. In Spain, for example, in 2009, 75 percent of the subsidies were cornered by only 16 percent of the largest producers.

Other drivers for land grabs have come from the extractive industry, urban sprawl, real estate interests, tourism enclaves, and other commercial undertakings.

Prof. Dr. Jan Douwe van der Ploeg of Wageningen University, a member of the research team, says, “This is an unprecedented dynamic of land concentration and creeping land grabbing. It has worsened the existing situation where many young people want to stay in or take up farming but cannot maintain or gain access to land. This was already a serious issue before, but has become worse. The current and planned CAP subsidy schemes are likely to solidify the barrier to more democratic access to land and entry to farming by young people. Access to land is a basic condition to achieve food sovereignty in Europe. Indeed, the three most pressing land issues in Europe today are land concentration, land grabbing, and inability of young people to maintain or gain access to land to enter sustainable farming – interlinked, triangular land issues quite similar to the ones we see in Africa, Latin America and Asia today.”

The report, however, shows that land concentration and land grabbing are not going unopposed, but instead inspiring a massive wave of resistance. Land grabbing and access to land are a central theme of this year’s celebration of the International Day of Peasant Struggles. The study includes the case of the community of Narbolia, Sardinia, mobilising against the use of prime agricultural land for massive solar greenhouse projects, and the case of opposition to the Notre Dames des Landes airport project in Nantes in France.

There are also growing cases of communities occupying land, mirroring actions by many social movements in the global South. The report highlights the case of SOC in Andalusia, where landless peasant farmers are collectively occupying land and cultivating it using agro-ecological farming techniques, and SoLiLA in Vienna where young people are coming together to “squat” fertile urban land for community supported agriculture and city food gardening, thereby preventing it being converted for use by urban commercial projects.

Jeanne Verlinden of the European Coordination Via Campesina (ECVC) says, “The study shows clearly that land needs to be seen again as a public good. We must reduce the commodification of land and instead promote public management of this common resource on which we all depend. Priority should be given to the use of land for smallholder and peasant agriculture and food production, rather than handing over land to those private property commercial interests who seek land for speculation and ever increasing concentration of wealth. Access to land should be given to those who work it.”

Check the following link to read/download the Full Report:
http://www.tni.org/briefing/land-concentration-land-grabbing-and-peoples-struggles-europe