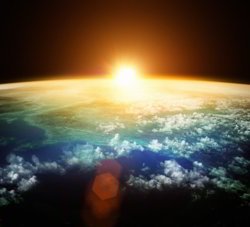 Fuelled by industrial greenhouse gas emissions, Earth’s climate warmed more between 1971 and 2000 than during any other three-decade interval in the last 1,400 years, according to new regional temperature reconstructions covering all seven continents.

This period of man-made global warming, which continues today, reversed a natural cooling trend that lasted several hundred years, according to results published in the journal Nature Geoscience by 78 scientists from 24 nations analyzing climate data from tree-rings, pollen, cave formations, ice cores, lake and ocean sediments, and historical records from around the world.

“This paper tells us what we already knew, except in a better, more comprehensive fashion,” said study co-author Edward Cook, a tree-ring scientist at Lamont-Doherty Earth Observatory, who led the Asia reconstruction.

The study’s reconstruction of European temperatures also provides context for the 2003 heat wave and drought that killed an estimated 70,000 people across Europe. A year-by-year analysis reveals that Europe, in 2003, had the hottest summer in more than 2000 years.

“Summer temperatures were intense that year and accompanied by a lack of rain and very dry soil conditions over much of Europe,” said study co-author Jason Smerdon, a climate scientist at Lamont-Doherty and one of the lead contributors to the Europe reconstruction. Though summer 2003 set a record for Europe, global warming was only one of the factors that contributed to the temperature conditions that summer, he said.

The study is the latest to show that the Medieval Warm Period, from about 950 to 1250, may not have been global, and may not have happened at the same time in places that did grow warmer. While parts of Europe and North America were fairly warm between 950 and 1250, South America stayed relatively cold, the study says.

Some people have argued that the natural warming that occurred during the medieval ages is happening today, and that humans are not responsible for modern day global warming. Scientists are nearly unanimous in their disagreement. “If we went into another Medieval Warm Period again, that extra warmth would be added on top of warming from greenhouse gases,” said Cook.

Temperatures varied less between continents in the same hemisphere than between hemispheres. “Distinctive periods, such as the Medieval Warm Period or the Little Ice Age stand out, but do not show a globally uniform pattern,” said co-author Heinz Wanner, a scientist at the University of Bern, in a press release. By 1500, temperatures dropped below the long-term average everywhere, though colder temperatures emerged several decades earlier in the Arctic, Europe and Asia. 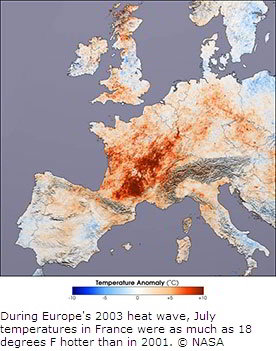 The most consistent trend across all regions in the last 2,000 years was a long-term cooling, likely caused by a rise in volcanic activity, decrease in solar irradiance, changes in land-surface vegetation, and slow variations in Earth’s orbit. With the exception of Antarctica, cooling tapered off at the end of the 19th century, with the onset of industrialization. Cooler 30-year periods between 830 and 1910 were particularly pronounced during weak solar activity and strong tropical volcanic eruptions. Both phenomena often occurred simultaneously and led to a drop in the average temperature during five distinct 30- to 90-year intervals between 1251 and 1820.

Warming in the 20th century was on average twice as large in the northern continents as it was in the Southern Hemisphere. During the past 2000 years, some regions experienced warmer 30-year intervals than during the late 20th century. For example, in Europe, the years between 21 and 80 AD were likely warmer than the period 1971-2000.

The study involved the collaboration of researchers in China, Pakistan, India, Russia and the U.S., among others, under the auspices of the International Geosphere-Biosphere Programme. The project, Past Global Changes 2k Network, or PAGES 2k Network, was funded by the U.S. and Swiss National Science Foundations and the National Oceanic and Atmospheric Administration (NOAA).

The data compiled in the study will be made public and incorporated into the 2013-2014 climate report by the Intergovernmental Panel on Climate Change (IPCC).

Check the following link to read/download the Full Study – “Continental-scale Temperature Variability during the Past Two Millennia”:
http://www.nature.com/ngeo/journal/vaop/ncurrent/full/ngeo1797.html

Coal Industry Can and Must Radically Change and Diversify: Christiana Figueres