The recent natural gas boom, due to the use of technologies such as fracking, will not lead to a reduction of overall greenhouse gas emissions. Burning natural gas produces only half the CO2 emissions as coal per unit of energy. However, as natural gas becomes abundant and therefore cheap, it adds to the total energy supply and only partially replaces coal, a study published in the journal Nature shows. This market effect erases the advantage of lower emissions from the natural gas itself, according to an unprecedented international comparison of computer simulations.

“The effect is that abundant natural gas alone will not rescue us from climate change,” says the lead author Haewon McJeon of the Department of Energy’s Pacific Northwest National Laboratory (PNNL). Especially in the U.S., advances such as hydraulic fracturing – pumping liquids into stone to break it up and release the gas, known as fracking – and horizontal drilling have led to bountiful natural gas production. “Global deployment of advanced natural gas production technology could double or triple the global natural gas production by 2050,” McJeon says.

“The High Hopes have been Misguided” – Market Effects Dominate

This might eventually lead to up to ten percent higher CO2 emissions by the middle of the century instead of lowering CO2 emissions.

“The additional gas supply boosts its deployment, but the substitution of coal is rather limited and it might also substitute low-emission renewables and nuclear, according to our calculations,” says co-author Nico Bauer of the Potsdam Institute for Climate Impact Research (PIK). “The high hopes that natural gas will help reduce global warming because of technical superiority to coal turn out to be misguided because market effects are dominating. The main factor here is that an abundance of natural gas leads to a price drop and expansion of total primary energy supply.”

This could lead to an overall increase of energy consumption and hence of emissions. Moreover, increased gas production comes with higher emissions of the powerful greenhouse gas methane from drilling leakages and pipelines.

The uncertainty surrounding gas supply is tremendous – the assessment of global natural gas resources have been revised over the past decade, but the economic implications up to now were not well understood.

So five research groups from Germany, USA, Austria, Italy and Australia projected what the world might be like in 2050 with and without a natural gas boom. They used five different computer models that included not just energy use and production, but also the broader economy and the climate system.

“When we first saw little change in greenhouse gas emissions in our model, we thought we had made a mistake, because we were fully expecting to see a significant reduction in emissions,” said scientist James ‘Jae’ Edmonds of PNNL’s Joint Global Change Research Institute. “But when we saw all five modelling teams reporting little difference in climate change, we knew we were onto something.”

“The findings show that effective climate stabilization can be achieved only through emissions pricing – this requires international political cooperation and binding agreements,” comments Ottmar Edenhofer, Chief Economist of PIK and co-chair of the working group on mitigation of the Intergovernmental Panel on Climate Change (IPCC) that recently published a milestone assessment report. “Technological advances can reduce the costs of climate policies – but they cannot replace policies.” 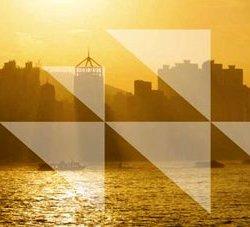