The Fairtrade Foundation launched a new campaign on February 25 calling for urgent action to support the 500m smallholder farmers who produce 70% of the world’s food, but are currently half the world’s hungry people. The report to launch the campaign, ‘Powering up Smallholder Farmers to Make Food Fair’, says that, even when smallholder farmers are producing cash crops at the sharp end of lucrative international supply chains, the global food system still fails them.

The campaign launched a five-point agenda for action and is calling on Prime Minister David Cameron to use his influence, when the UK hosts the G8 Summit in Northern Ireland in June, to put smallholder farmers into the heart of governments’ trade policy and international and national business practice. In the meantime, the Fairtrade Foundation will be gathering momentum via a unique virtual ‘mini-marcher’ campaign, the first-ever petition of its kind.

The Fairtrade Foundation’s new CEO Michael Gidney says that recent food exposés have confirmed that the food system is not working for consumers, but that is high time to put the spotlight on the farm-gate at the other end of the supply chain where smallholder farmers are losing out the most.

He says, “The food system is broken. It is not working for consumers and it is not working for the people who produce our food. We need to get trade into a better, fairer balance – valuing what we buy and who produces it. If these farmers are in crisis, the whole food system is in crisis. And we may have to start imagining a world without many of the foods we love and take for granted each day.”

The Fairtrade Foundation works towards a more equitable food system and believes that better terms give people the opportunity to trade their way out of poverty. Sales are increasing globally and in the UK at 12 percent annually, and already benefit 1.24m farmers and workers worldwide.

“Support for Fairtrade shows that, despite the economic recession, the public have an appetite for more sustainable food that is traded on fairer terms with farmers and smart companies are recognising this – they are voting with their shopping baskets, and forward thinking businesses are responding to this. We know that with the right support, smallholder farmers can be central to delivering better, fairer food for the future. But current commitments still don’t go far enough to bring about the transformative change that will fix our broken food system,” continues Michael Gidney.

The report highlights how much we rely on smallholder farmers for our everyday foods. Around 30 million smallholders produce most of the world’s coffee and cocoa foods (80% of all coffee and 90% of all cocoa), while tens of millions more produce tea, bananas and sugar. Many are struggling to earn the sustainable cost of production and are trapped in a cycle of poverty, exacerbated by decades of price volatility, under-investment in agriculture, and now global inflationary prices for food and farm inputs, and the impact of climate change. The hour-glass economy squeezes them:

Coffee: Three companies account for around 42% of global coffee sales. Coffee growers receive 7-10% of the retail price of coffee in supermarkets while 33% goes to the retailer.

Cocoa and Chocolate: Global cocoa supplies are controlled by just nine companies: three grinders and six chocolate & confectionery companies. In 2010, four companies accounted for 56% of the world’s US $ 82.5 billion chocolate sales. Cocoa growers receive just 3.5-6% of the average retail value of a chocolate bar, compared to 18% in the 1980s.

Tea: Seven companies control 85% of tea production through their factories and estates. Smallholder tea growers are likely to receive less than 3% of the retail value of tea, and often less than 1%.

Bananas: Of the retail price of bananas, only 5-10% goes to the small-scale producers.

Sugar: Figures from 2009 suggest that small sugar growers in Uganda received around 14% of the UK retail price of sugar and 11% of the US price.

There are some signs that smallholder agriculture is starting to be recognised as a potential powerhouse to fix a broken system, including the launch by G8 world leaders of the New Alliance for Food Security and Nutrition at Camp David in the US in 2012. However, the Fairtrade Foundation argues that overall financial investment remains inadequate compared to the US $ 42.7bn the FAO estimates it will take to tackle hunger and provide enough food for all.

With increasing focus by governments on the role of multinational companies and agri-business, the Foundation argues that policy makers are missing the potential solutions that could be delivered by smallholder farmer organisations themselves as the key agents for food security, rural economic development, and, for some, trading relations that lift communities out of poverty.

In the first-ever petition of its kind, members of the public can log onto the Fairtrade Foundation website to turn themselves into foldable ‘mini-marchers’ in order to call for a better deal for smallholder farmers. The campaign is expected to secure tens of thousands of public supporters. The final petition will be delivered to David Cameron at World Fair Trade Day in May before the G8 meeting the following month.

Check the following link to read/download the Full Report:
http://www.fairtrade.org.uk/includes/documents/cm_docs/2013/F/ft_smallholder%20report_2013_lo-res.pdf 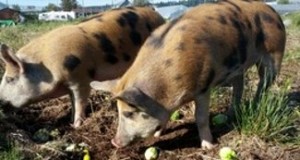