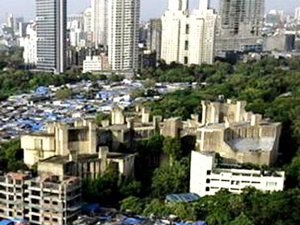 Background: Extreme heat events are known to be increasing in frequency in large U.S. cities and are responsible for a greater annual number of climate related fatalities, on average, than any other form of extreme weather. In addition, low density, sprawling patterns of urban development have been associated with enhanced surface temperatures in urbanized areas.

Objectives: This study examines the association between urban form at the level of the metropolitan region and the frequency of extreme heat events over a five decade period.

Methods: The authors employ a widely publish metric of urban form (a “sprawl” index) to measure the association between urban form in 2000 and the mean annual rate of change in extreme heat events between 1956 and 2005.

Conclusions: The design and management of land use in metropolitan regions may offer an important tool for adapting to the heat-related health effects associated with ongoing climate change.

The number of very hot days is increasing worldwide, but the rate of increase is more than double in the most sprawling metropolitan regions compared with more compact cities, according to a team of Atlanta-based scientists. This was true regardless of the urban regions’ climate zone, population size or rate of growth.

“These findings show that the pace of climate change is greater in sprawling cities than in others, which has not been shown before,” says lead author and urban planner Brian Stone of the Georgia Institute of Technology. “Because severe heat kills more people on average per year than any other type of dangerous weather, residents of sprawling cities may be more vulnerable to this significant health threat posed by climate change.”

Sprawl and land use regulations appear to influence the frequency of very hot days through their effect on a city’s trees and other vegetation. The team found that between 1992 and 2001, the rate of deforestation in the most sprawling metropolitan regions was more than double that of compact regions. Other studies have shown that the loss of vegetative cover is one of the main reasons that cities become much hotter than surrounding areas.

To compare cities’ development patterns, the researchers used a widely publish metric developed in 2003. Called the sprawl index, it incorporates land use data from the 2000 census to quantify factors such as population density, the proximity of commercial and residential buildings, and street network patterns. The researchers categorized a region as one of the most sprawling if it was in the top 25 percent of the index and as one of the least sprawling if it was in the bottom 25 percent.

Examples of sprawling metropolitan regions include Atlanta, Tampa and Grand Rapids, whereas Chicago, Boston and Baltimore are more compact. “Factors that affect whether an area remains compact include, among others, local land use regulations and the timing of a city’s growth,” Stone says. “Boston grew when street-cars were popular, and Atlanta developed during the era of the automobile.”

The Georgia Institute of Technology is one of United States’ top research universities, distinguished by its commitment to improving the human condition through advanced science and technology. Georgia Tech’s campus occupies 400 acres in the heart of the city of Atlanta, where 20,000 undergraduate and graduate students receive a focused, technologically based education.

Accredited by the Southern Association of Colleges and Schools (SACS), the Institute offers many nationally recognized, top-ranked programs. Undergraduate and graduate degrees are offered in the Colleges of Architecture, Computing, Engineering, Management, Sciences, and the Ivan Allen College of Liberal Arts. Georgia Tech is consistently ranked in U.S. News & World Report’s top ten public universities in the United States.