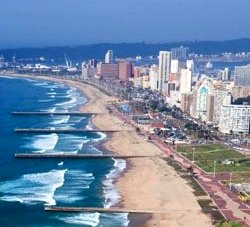 The majority of the world’s major cities have disclosed that climate change presents a physical risk to the businesses operating in their cities. This real and current threat is driving local governments to take concrete action in response, so finds “Protecting Our Capital”, a new report from CDP, formerly Carbon Disclosure Project, AECOM and C40 Cities Climate Leadership Group (C40).

Cities generate more than 80% of global GDP, are home to more than half the global population and consume two thirds of the world’s energy [1]. They are also on the frontline of climate change [2]. Accordingly, 207 cities including Johannesburg, London, New York, São Paulo, Sydney and Tokyo, have disclosed their climate change strategies and actions through CDP. This is nearly double the 110 cities that disclosed last year, demonstrating the increasing importance that city administrations place on their environmental accountability and performance monitoring.

Three quarters of these cities disclose that extreme weather and other effects of climate change threaten the stability of their local economies, with damage to property and capital assets, transport and infrastructure destruction, and citizen wellbeing among the most commonly reported risks. However, more than three quarters of cities see financial benefits from taking action on climate change. Portland, for example, reports that its City Energy Challenge program achieves annual savings of US $ 5.5 million, resulting in cumulative savings of US $ 42 million since the program’s inception in 1991.

The report includes analysis by AECOM and is presented together with CDP’s long-standing strategic partner C40. It examines the data from 50 cities where 78 companies have reported that they expect climate change to have a physical effect. Cited impacts include drought, intense rainfall, storms, floods, heatwaves and sea level rise. It establishes that both cities and companies are aware of the substantial financial values associated with climate change impacts and that city action on climate change helps reduce those risks for businesses.

The City of Cleveland reveals that increasing cases of severe weather and diminishing water at Lake Erie put its US $ 6.5 billion shipping industry at risk. Pittsburgh reports that some business owners are abandoning their investments because they are unable to seek compensation for losses incurred as a result of climate change. Indeed, the insurance industry recently filed lawsuits against city municipalities for failing to adapt to the consequences of climate change [3].

As Caracas, Venezuela, reports: “Drinking water and electricity generation could be interrupted because of climate change. These factors could affect the private sector. Floods can interrupt operations and insurance companies may face higher claims.”

Cities are largely aligned with companies on risk identification. They recognize 69% of the physical climate change risks that businesses identify in those cities and are moving to address 66% of the company-identified risks.

In Hong Kong, energy provider CLP Holdings has suffered site damage and business interruption as a result of rising sea level. It has spent US $ 193,000 raising building floor levels and has invested a further US $ 516,000 to increase drainage capacity. The Hong Kong Drainage Services Department, meanwhile, has put US $ 2.7 billion toward flood defence infrastructure, including river widening and underground water storage.

This alignment on risk identification is leading cities not only to invest in climate resilience but also to introduce policy designed to guide and enable the businesses to adapt.

Larissa Bulla, Head of CDP’s Cities Program, says: “Local governments are storming ahead to protect their citizens and businesses from the impacts of climate change, but further collaboration with business is needed to increase city resilience. Through the provision of information, policies and incentives, cities can help equip businesses to manage these risks and embrace the opportunities.”

Gary Lawrence, Chief Sustainability Officer for AECOM, a premier, fully integrated infrastructure and support services firm, says: “Three quarters of the cities that have taken part in CDP’s cities program this year identified substantial benefits that flow to both public and private economies from climate adaptation initiatives. These benefits can be amplified through closer collaborations and sharing of knowledge and technical resources.” 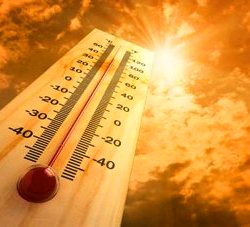