Sydney – The world is on track to meet a 2020 target on the expansion of protected areas, but more work is needed to ensure areas of importance for biodiversity and ecosystem services are prioritized for protection under equitably managed conditions, according to a new United Nations Environment Programme (UNEP) report released on November 13 at the International Union for the Conservation of Nature (IUCN) World Parks Congress.

Produced by UNEP’s World Conversation Monitoring Centre (WCMC) in partnership with IUCN, and funded by the Swiss Federal Office for the Environment (FOEN), ‘Protected Planet’ not only monitors global efforts to support and expand protected areas, but supports governments toward faster progress with recommendations for action.

The report finds that 15.4 per cent of terrestrial and inland water areas and 3.4 per cent of the global ocean are now protected – highlighting growing global awareness of the need to safeguard the natural resources that will play a crucial role in the upcoming Sustainable Development Goals.

Protected areas are essential to the conservation of species, ecosystems and the livelihoods they support, and also play a key role in adapting to and mitigating the impacts of climate change – for example, by reducing risks from natural hazards and providing a carbon sink through forests, 7.8 million km2 of which are in protected areas.

The report, the second in a series tracking progress toward meeting Target 11 of the Convention on Biological Diversity‘s Aichi Biodiversity Targets, finds that 1.6 million km2 of new protected areas have been designated since 2012. Since 2010, the total additional global coverage equates to 6.1 million km2 – an area approaching the size of Australia.

Target 11 calls for effectively and equitably managed conservation areas covering at least 17 per cent of the world’s terrestrial areas and ten per cent of marine protected areas – especially areas of particular importance for biodiversity and ecosystem services – by 2020.

“Protected Planet 2014” finds that the physical coverage aspect of the target is likely to be met, but highlights a lack of progress in other areas, such as: ensuring protected areas are appropriately located in areas important for biodiversity and ecosystem services, are effectively and equitably managed, and are well-connected.

The report warns that without further concerted global action on appropriate targeting of areas to come under protection, integrated and improved national planning, and assessments of how protected areas are effectively and equitably managed, the overall target will not be met.

“Protected areas not only provide us with a vital ecological safety net but also play a vital economic role through the valuable ecosystem services they provide, from supplying water and timber, to sustaining tourism,” said UN Under-Secretary-General and UNEP Executive Director Achim Steiner. “As we work toward a comprehensive climate agreement, with the next meeting shortly taking place in Lima, and shape the post-2015 sustainable development agenda, it is crucial to expand protected areas in a targeted manner – thus supporting efforts to tackle climate change, and protecting biodiversity and the ecosystem services that sustain all of us.”

“This report shows that the will to do so is present,” he added. “We now need to build support and funding to ensure protected areas are effectively and equitably managed and cover enough important sites for biodiversity and ecosystem services – including marine protected areas.”

“Ten years ago, the IUCN World Parks Congress in Durban gave birth to the idea of global protected area targets,” says IUCN Director General Julia Marton-Lefèvre. “Today in Sydney, we are proud to launch the Protected Planet report, which shows how well we have advanced in reaching our goals.”

“We are committed to making sure that our promises are not empty. What we need to see behind those figures are protected areas that are well and equitably managed, healthy, strong and able to deliver the full range of benefits that are essential for the survival of biodiversity and the wellbeing of people around the world.”

The protected areas coverage was calculated using the August 2014 version of the World Database on Protected Areas. The database underwent a major update in 2014, based on the overwhelmingly positive response to a CBD request for parties to the convention to submit an update to UNEP-WCMC to compile the UN List of Protected Areas. By August 2014, 124 countries had submitted new data and 15 were in the process of submitting.

While marine protected areas are lagging terrestrial areas in attaining the target, real progress has been made in areas within coastal waters and national jurisdiction – reaching coverage of 10.9 per cent and 8.4 per cent respectively.

However, only 0.25 per cent of seas beyond national jurisdiction are covered by marine protected areas, demonstrating a gap in conservation efforts and highlighting the urgent need to overcome challenges in establishing such areas where national governance systems do not exist. 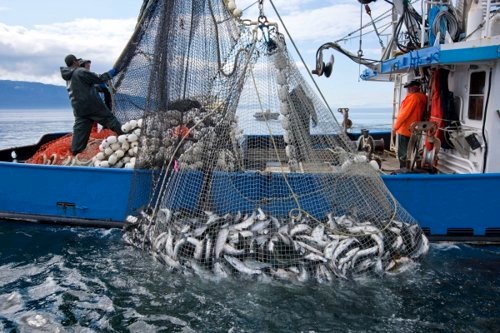 Alaska Fisheries and Communities at Risk from Ocean Acidification