“We are pleased to share some of the ways we are leveraging our nearly 150-year heritage of financial strength to create a positive impact for customers, employees and communities around the world,” said MetLife Executive Vice President Maria Morris. “We are proud that our business contributes to economic growth, creates value for our stakeholders, and helps people pursue more from life.”

Highlights from the report include:

Global Impact has been prepared in accordance with the latest G4 (fourth generation) guidelines published by the Global Reporting Initiative (GRI), the non-profit organization that sets the standard for sustainability reporting. The GRI Guidelines provide a globally recognized framework for companies to measure and communicate their environmental, economic, social, and governance performance. By using this framework, MetLife joins thousands of companies around the world in quantifying the benefits and impacts of its business activities.

Check the following link to read/download the Full Report:
www.metlifeglobalimpact.com

MetLife, Inc. (NYSE: MET), through its subsidiaries and affiliates (“MetLife”), is one of the largest life insurance companies in the world. Founded in 1868, MetLife is a global provider of life insurance, annuities, employee benefits and asset management. Serving approximately 100 million customers, MetLife has operations in nearly 50 countries and holds leading market positions in the United States, Japan, Latin America, Asia, Europe and the Middle East. For more information, visit www.metlife.com. 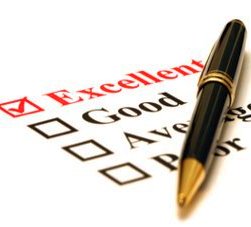