The number of extremely hot days in eastern and midwestern U.S. cities is projected to triple by mid-century, according to a new study led by University of Wisconsin-Madison researchers and published on September 22 in the Journal of the American Medical Association (JAMA).

Milwaukee and New York City could experience three times as many 90-degree days by 2046; Dallas could see twice as many days topping 100 degrees. The new analysis offers climate data through the lens of public health, in a study that represents a synthesis of the latest science at the intersection of climate change and human health.

In presenting their synthesis, the study authors seek to encourage efforts that benefit both the health of the planet and the health of people, the so-called co-benefits of reducing fossil fuel consumption and adapting to changes that are already underway.

“Climate change already is affecting global health,” says Jonathan Patz, Director of the UW-Madison Global Health Institute and lead author of the new study. “The good news is that clear health benefits are immediately available, from low carbon strategies that today could result in cleaner air or to more active transport options that can improve physical fitness, ultimately saving lives and averting disease.”

Patz presented the article at the Civil Society Event on Action in Climate Change and Health in New York. Acting U.S. Surgeon General Boris Lushniak; Maria Neira, World Health Organization (WHO) Director for Public Health and the Environment; Gina McCarthy, Administrator of the U.S. Environmental Protection Agency; and many others also participated in the event.

The study also includes UW-Madison Associate Professors Tracey Holloway and Daniel Vimont, both in the Nelson Institute for Environmental Studies and the Department of Atmospheric and Oceanic Sciences; Howard Frumkin from the University of Washington; and Andrew Haines of the London School of Hygiene and Tropical Medicine. It reviews the science behind some of the current and projected climate-related health risks.

“Climate change is an enormous public health challenge because it affects our health through multiple pathways,” says Patz, also a Professor in the Nelson Institute and the Department of Population Health Sciences at UW-Madison. “But if the risks are so interdependent, so, too, are the opportunities.”

These opportunities include improvements to air quality, such as through reductions in unhealthy ozone, or smog. The study highlights a close association between the number of extremely hot days and the number of high-ozone days over the last several years in cities like Chicago, Milwaukee and Madison, Wisconsin.

This is “consistent with well-known linkages between climate and ozone in urban areas, and serves as a major pathway for the health impacts of climate change,” Holloway says.

The analysis also lays out a number of science-based strategies to reduce global consumption of fossil fuels while improving health. These include designing sustainable cities, eating less meat, enacting better carbon policies (the costs of which could be more than offset by the potential health benefits they afford) and promoting active transport like walking or biking to work.

“Evidence shows there is a significant health benefit in active transport, particularly in the area of chronic disease,” Patz says. “And with current disease trends in industrializing nations, burning less fossil fuel can yield potentially large dividends for public health.”

The new study relied on an interdisciplinary team of experts in public health, air quality and climate science and offers opportunities across sectors.

Patz is optimistic about recent policy developments and he says the article presents “a blueprint” for the public health benefits possible “if we really took on climate change.”

The Civil Society Event on Action in Climate Change and Health, where the study was released publicly, was co-sponsored by the University of Wisconsin Global Health Institute, the Nelson Institute for Environmental Studies, the Office of Sustainability and the Wisconsin Energy Institute. Additionally, the American College of Sports Medicine, Public Health Institute and the Global Climate and Health Alliance are co-leaders of the event. 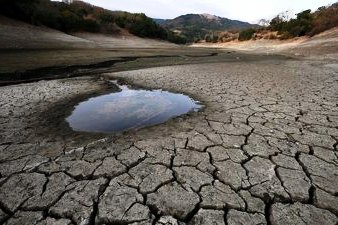