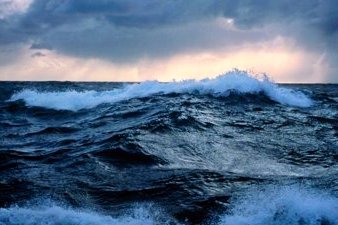 A new study led by Old Dominion University and the University of Colorado Boulder (CU-Boulder) indicates sea levels likely will continue to rise in the tropical Pacific Ocean off the coasts of the Philippines and northeastern Australia as humans continue to alter the climate.

The study authors combined past sea level data gathered from both satellite altimeters and traditional tide gauges as part of the study. The goal was to find out how much a naturally occurring climate phenomenon called the Pacific Decadal Oscillation, or PDO, influences sea level rise patterns in the Pacific, said Assistant Professor Benjamin Hamlington of Old Dominion University in Norfolk, Virginia, a former CU-Boulder postdoctoral researcher and lead study author.

The PDO is a temperature pattern in the Pacific Ocean akin to El Niño but which lasts roughly 20 to 30 years and contributes significantly to the decadal trends in regional and global sea level, said CU-Boulder Research Professor Robert Leben, a study co-author. The research team performed sea level reconstructions going back to 1950 by fitting patterns of satellite altimeter data to tide gauge data, then stripped away the effects of the PDO to better understand its influence on current sea level increases in the Pacific.

“The conventional wisdom has been that if the Pacific Decadal Oscillation was removed from the equation, this sea level rise in parts of the Pacific would disappear,” said Hamlington, who received his doctorate from CU-Boulder. “But we found that sea level rise off the coasts of the Philippines and northeastern Australia appear to be anthropogenic and would continue even without this oscillation.”

The team also used NASA climate models to assess sea level rise in the tropical Pacific that included data on the warming tropical Indian Ocean, which has been shown in previous studies to be caused by increases in greenhouse gases. The climate modeling portion of the new study also showed sea level rise near the Philippines and Australia is caused at least in part by anthropogenic, or human-caused, warming said Hamlington, who got his doctorate under Leben.

The research team estimated that areas of the ocean near the Philippines and northeast Australia are being raised by about 1 centimeter per year due to anthropogenic warming, which can increase the intensity of severe weather. “When water starts piling up there and typhoon-like storms are traveling over higher sea levels, it can be a bad situation,” said Hamlington.

“When the current PDO switches from its warm phase to its cool phase, sea levels on the western coast of North America likely will rise,” said Leben of CU-Boulder’s Aerospace Engineering Sciences Department. “I think the PDO has been suppressing sea level there for the past 20 or 30 years.”

In a broader sense, the new study shows that scientists may be able to look at other regions of the world’s oceans and extract the natural climate variability in order to measure human-caused effects, said Hamlington, a researcher at CU-Boulder’s Cooperative Institute for Research in Environmental Sciences. “This kind of research may start revealing patterns that we might not expect.”