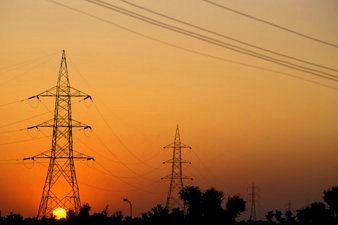 New Delhi – Power distribution in India needs sweeping reforms if it is to bring back the country to a high growth trajectory and meet its goal of expanding access to electricity to all by 2019, says a new World Bank report. Today, India’s annual per capita power sector consumption at around 800 kWh is among the lowest levels in the world.

“More Power to India: The Challenge of Distribution”, launched in New Delhi on June 24 is a review of the Indian power sector across key areas of access, utility performance, and financial sustainability. The study, conducted at the request of the Government of India, has identified electricity distribution to the end consumer as the weak link in the sector. The report recommends freeing utilities and regulators from external interference, increasing accountability, and enhancing competition in the sector in order to move it to a higher level of service delivery.

While making an urgent call for reform, the study recognizes the many impressive strides that the sector has made over the years. Generation capacity has tripled between 1991 and 2012, boosted by the substantial role played by the private sector. A state-of-the-art integrated transmission grid now serves the entire country. Private distribution utilities in Kolkata, Mumbai, Surat, and Ahmedabad, which have been owned and operated by the private sector since before Independence, point to potential gains from private participation. Grid-connected renewable capacity has risen from 18MW in 1990 to 25,856 MW in March 2013. And more than 28 million Indians have annually gained access to electricity between 2000 and 2010.

However, according to the report, the financial health of the sector is fragile, limiting its ability to invest in delivering better services. Total accumulated losses in the sector stood at Rs. 1.14 trillion (US $ 25 billion) in 2011. These losses are overwhelmingly concentrated among distribution companies (discoms) and bundled utilities – State Electricity Boards (SEBs) and the State Power Departments – says the report. Sector losses have led to heavy borrowing – power sector debt reached Rs. 3.5 trillion (US $ 77 billion) in 2011, as much as 5% of India’s GDP. The problem is concentrated in a handful of states. By tackling the losses through a focused approach, it should be possible to notice a marked difference in sector performance, the report adds.

Over the last two decades, the sector has needed periodic rescues from the central government – a bailout of Rs. 350 billion in 2001 and a ‘restructuring package’ of Rs. 1.9 trillion (US $ 19 billion), that was announced in 2012.

“Two decades after the initiation of reforms, an inefficient, loss-making distribution segment and inadequate and unreliable power supply are major constraints to India’s aspirations for growth,” said Onno Ruhl, World Bank Country Director in India. “Revitalizing the power sector, by improving the performance of distribution utilities, and ensuring that players in the sector are subjected to financial discipline is the need of the hour.”

Several factors have contributed to the losses in the distribution sector, the report says. The cost to discoms of purchasing power has risen faster than revenues, primarily due to fuel shortages and the need for expensive fuel imports by generators, but also due to generation inefficiencies; rising interest expenses have contributed to rising costs; also, tariffs have not kept pace with costs over the years. Finally, there are factors that are well within the control of utilities – such as under-collection of bills and delayed collection of payments, along with the fact that more than one-fifth of electricity purchased is collectively ‘lost’ by the utilities, so does not generate revenues for them.

Projections show that even if tariffs rise 6% per year to keep up with the cost of supply, annual losses in 2017 will likely amount to Rs. 1,253 billion (US $ 27 billion).

“The crux of the matter is that distribution utilities are not run on commercial lines. Despite corporatization, their boards remain state-dominated and are rarely evaluated on performance. Regulators have not pushed them sufficiently to improve performance, in part because of limited regulatory accountability and also the difficulty of regulating a state-owned entity. And a history of state rescues has meant that lenders do not pressure distributors to improve their operational and financial performance, expecting to be paid back by the state,” said Sheoli Pargal, Economic Advisor, World Bank and author of the report.

Other facets of sector performance highlighted by the report include: