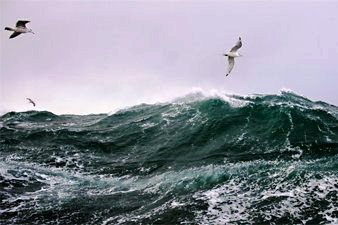 Filling one of the gaps in knowledge identified by the last Intergovernmental Panel on Climate Change (IPCC) – the role of the deep ocean in carbon cycling – “The High Seas and Us: Understanding the Value of High Seas Ecosystems” is the first study to assess the ecosystem services of the high seas and place an economic value on them.

The study, commissioned by the Global Ocean Commission, identifies 15 ecosystem services of direct value to humans ranging from ‘provisioning’ services such as genetic resources and raw materials, ‘regulating’ such as air purification and biological control, to ‘habitat’ services such as life cycle maintenance and gene pool protection.

The Global Ocean Commission commissioned the study to help inform its inquiry into the role of the high seas in the wider health of the ocean and the relative value of the many services provided.

Co-chair of the Commission Trevor Manuel said, “This study makes that which used to be out of sight/out of mind visible and we can now more obviously see and assess what we stand to lose if we do not take measures to protect the high seas and govern them effectively to preserve vital ecosystem services. This new information has informed the Commission and we have released a report and proposals for action to reverse ocean decline and restore health.”

Describing the major ways in which the ocean stores and fixes carbon away from the atmosphere, the study calculated an economic value for the role of high seas carbon sequestration as between US $ 74 and US $ 222 billion annually.

Examining fisheries, the study identified that nearly 10 million tonnes of fish are caught annually on the high seas, generating more than US $ 16 billion once landed, but the authors point out that the actual value of the high seas to total ocean fish stocks is far greater, given the degree of ‘sharing’ and interaction between the high seas and coastal countries’ jurisdictional waters (Exclusive Economic Zones, or EEZs). 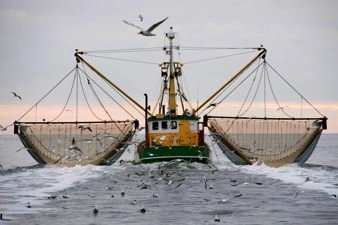 The study considered the role of the high seas in supporting and replenishing coastal fish stocks so important, it concludes that there is a strong argument for closing the high seas to all fishing. The authors also argue that poorly managed fisheries may affect the supply of other ecosystem services such as carbon capture and storage, calling for improved high seas governance.

Co-author of the study Professor Rashid Sumaila of the University of British Columbia said, “It is important to view and manage the global ocean as a whole Earth system to protect the vital services which it supplies to humankind. At the moment, the high seas are the weakest link because of their poor management and lack of governance relative to EEZs.”

“This is a potentially dangerous situation; the value of carbon storage and air purification is ultimately far greater than that of high seas-only fish catches,” added co-author of the study Professor Alex Rogers of Somerville College, Oxford.

The study concludes that: