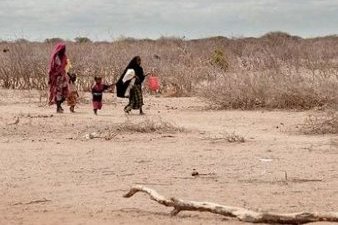 Although scenes of people fleeing from dramatic displays of Mother Nature’s power dominate the news, gradual increases in an area’s overall temperature – and to a lesser extent precipitation – actually lead more often to permanent population shifts, according to Princeton University research.

The researchers examined 15 years of migration data for more than 7,000 families in Indonesia and found that increases in temperature and, to a lesser extent, rainfall influenced a family’s decision to permanently migrate to another of the country’s provinces.

They report in the journal the Proceedings of the National Academy of Sciences that increases in average yearly temperature took a detrimental toll on people’s economic wellbeing. On the other hand, natural disasters such as floods and earthquakes had a much smaller to non-existent impact on permanent moves, suggesting that during natural disasters relocation, was most often temporary as people sought refuge in other areas of the country before returning home to rebuild their lives.

The results suggest that the consequences of climate change will likely be more subtle and permanent than is popularly believed, explained first author Pratikshya Bohra-Mishra, a postdoctoral research associate in the Program in Science, Technology and Environmental Policy (STEP) in Princeton’s Woodrow Wilson School of Public and International Affairs. The effects likely won’t be limited to low-lying areas or developing countries that are unprepared for an uptick in hurricanes, floods and other natural disasters, she said.

“We do not think of ‘environmental migrants’ in a broader sense; images of refugees from natural disasters often dominate the overall picture,” Bohra-Mishra said. “It is important to understand the often less conspicuous and gradual effect of climate change on migration. Our study suggests that in areas that are already hot, a further increase in temperature will increase the likelihood that more people will move out.”

Indonesia’s tropical climate and dependence on agriculture may amplify the role of temperature as a migration factor, Bohra-Mishra said. However, existing research shows that climate-driven changes in crop yields can effect Mexican migration to the United States, and that extreme temperature had a role in the long-term migration of males in rural Pakistan.

“Based on these emerging findings, it is likely that the societal reach of climate change could be much broader to include warm regions that are now relatively safe from natural disasters,” Bohra-Mishra said. 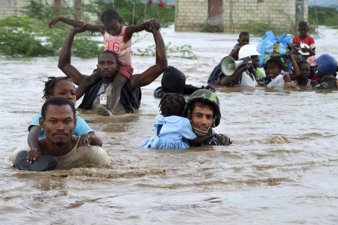 Indonesia became the case study because the multi-island tropical nation is vulnerable to climate change and events such as earthquakes and landslides. In addition, the Indonesian Family Life Survey (IFLS) conducted by the RAND Corporation from 1993 to 2007 provided thorough information about the movements of 7,185 families from 13 of the nation’s 27 provinces in 1993. The Princeton researchers matched province-to-province movement of households over 15 years to data on temperature, precipitation and natural disasters from those same years.

Bohra-Mishra worked with co-authors Michael Oppenheimer, the Albert G. Millbank Professor of Geosciences and International Affairs and Director of STEP, and Solomon Hsiang, a past Princeton postdoctoral researcher now an Assistant Professor of Public Policy at the University of California-Berkeley.

When it comes to annual rainfall, families seem to tolerate and prefer an average of 2.2 meters (7.2 feet). The chances of outmigration increased with each additional meter of average annual precipitation, as well as with further declines in rainfall.

It is ‘Moral Imperative’ for Business to Play its Part in...