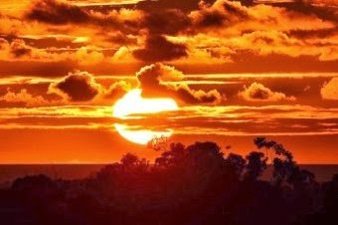 Australia’s political leaders risk being stuck in the past as public attitudes on climate change and its solutions are on the rebound, according to the Climate of the Nation 2014 survey from The Climate Institute.

“More Australians think that climate change is occurring and are concerned about various physical impacts, present and future, with an overwhelming majority agree that tackling climate change can create opportunities for new jobs and investment,” said John Connor, CEO of The Climate Institute, launching the report on June 23 at Parliament House with member for Indi, Cathy McGowan AP MP.

“There is a rebound in desire to see the nation lead on finding solutions and a strong expectation of government to address the climate challenge, alongside a very poor mark on its performance. Australians continue to be uncertain, if not cynical, about political parties and their policies on climate change.”

“There is mistrust of both Tony Abbott and Bill Shorten regarding their attitudes on climate change, but particularly Tony Abbott. Yet a clear majority think the Abbott Government should take climate change more seriously.”

“Opposition to carbon pricing has continued to decline and, as in other polls, there is a decline in the minority supporting repeal. For the first time, more support carbon pricing than oppose it but there is still uncertainty about its benefits and its operation, while only around one in five Australians thinks that the Government’s alternative is credible.”

Climate of the Nation 2014 benchmarks public attitudes against similar research from mid-2012, mid-2013, and in some cases earlier. This year’s results are based on a nationally representative online survey conducted by JWS Research from 16-20 May 2014 among 1,145 Australians aged 18+.

“These and many of the other findings this year reinforce that while the dinosaurs in politics and business are roaring across our landscape, the majority of Australians are shrewder about the impacts, the opportunities and the need for leadership.”

“It is OK to like dinosaurs, but this year’s Climate of the Nation survey shows that it may well be politically dangerous to be one when it comes to climate change and its solutions,” concluded Connor. 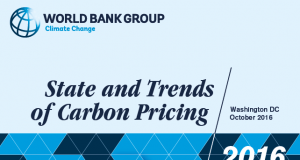