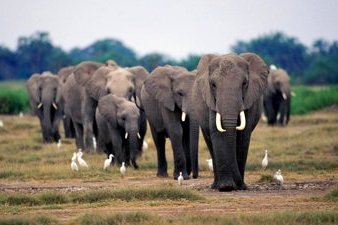 Washington, D.C. – On April 21, Born Free USA and C4ADS released “Ivory’s Curse: The Militarization and Professionalization of Poaching in Africa”, one of the most shocking, rigorous and in-depth analyses of elephant poaching and the ivory trade to date. The report examines links to violent militias, organized crime, government corruption, and ivory trade to Asia. It further exposes the wide-spread transnational illicit participants deeply interwoven into the system that moves ivory.

According to Adam Roberts, CEO of Born Free USA, a global leader in wildlife conservation and animal welfare, “The elephant poaching crisis has reached historic levels and, shockingly, some elephant populations face extinction in my lifetime. Born Free USA sought to understand in a more robust way how destabilizing and corrupt individuals, as well as organized crime networks across Africa, place human security at risk and traffic in elephant ivory from slaughtered animals. Clearly, Ivory’s Curse shows that defense, military, national security, and foreign policy leaders must play a role in stopping the elephant massacre across the continent.”

Roberts explains, “Our findings shine a bright light on Zimbabwe, Mozambique, Tanzania, Sudan, and Kenya, where poachers move across borders with near impunity, slaughter elephants with complete disregard, and use the ivory to fund violent operations across the continent. Global leaders cannot stand by while the human tragedy and poaching crisis continue.”

Varun Vira, Senior Analyst at C4ADS and co-author of the report commissioned by Born Free USA, said, “Ivory is a conflict, crime, and corruption issue with severe human impact. It has been a conflict resource for decades, just like blood diamonds or coltan in Central Africa, only without the same level of global attention.”

One elephant yields about 20 pounds of ivory worth approximately $30,000. It is estimated that between 35,000 and 50,000 may have been killed in 2013. At this rate, the ivory trade could be worth one billion dollars annually, and will likely increase with the escalating retail price of ivory. 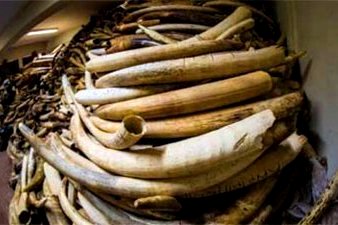 Vira explains, “Subsistence elephant poaching barely exists anymore. Impoverished locals may pull the triggers but they source to organized crime, which controls the scale of the poaching and nearly all profits. Saving both elephants and local communities will require moving from the bush into the world of global illicit networks in order to target transnational criminal profits. There are infinitely more young Africans willing to shoulder guns and kill elephants than there are containers full of ivory.”

Roberts concludes, “No one should ever buy ivory, but they should also contribute resources to organizations like Born Free USA that help equip rangers on the ground, and should pressure political leaders to take action to end the corruption. As long as supply chains remain unbroken and consumer demand remains insatiable, poachers will ply their deadly trade to supply the marketplace.”

The Born Free USA team has focused on wildlife trafficking for more than two decades, and advocated vociferously for the 1989 Convention on International Trade in Endangered Species of Wild Fauna and Flora (CITES) uplisting of African elephants to Appendix I, thus shutting down the commercial international trade in elephant ivory. The organization maintains a global wildlife trade program and is at the forefront of campaigns to protect imperiled species, including from the trade in elephant ivory, rhino horn, tiger bone, lion trophies, and bear gallbladders.

Check the following link to read/download the Full Report:
http://www.bornfreeusa.org/a9_ivorys_curse.php

Through litigation, legislation and public education, Born Free USA leads vital campaigns against animals in entertainment, exotic “pets”, trapping and fur, and the destructive international wildlife trade. Born Free USA brings to North America the message of “compassionate conservation” – the vision of the U.K.-based Born Free Foundation, established in 1984 by Bill Travers and Virginia McKenna, stars of the iconic film Born Free, along with their son, Will Travers. Born Free USA’s mission is to end suffering of wild animals in captivity, conserve threatened and endangered species, and encourage compassionate conservation globally. For more information, visit www.bornfreeusa.org.

C4ADS is a 501c3 non-profit organization dedicated to data-driven analysis and evidence-based reporting of conflict and security issues worldwide. C4ADS’ approach leverages non-traditional investigative techniques and emerging analytical technologies. The organization recognizes the value of working on the ground in the field, capturing local knowledge, and collecting original data to inform analysis, as well as employing cutting-edge technology to manage and analyze data. The result is an innovative analytical approach to conflict prevention and mitigation. For more information, visit www.c4ads.org.