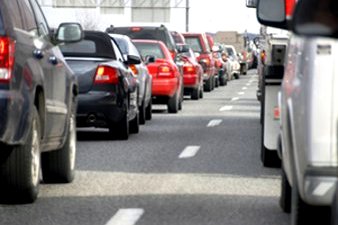 Washington – Based on extensive input from the public and a broad range of stakeholders, including public health groups, auto manufacturers, refiners, and states, the U.S. Environmental Protection Agency (EPA) finalized emission standards for cars and gasoline on March 3 that will significantly reduce harmful pollution and prevent thousands of premature deaths and illnesses, while also enabling efficiency improvements in the cars and trucks we drive. These cleaner fuel and car standards are an important component of the administration’s national program for clean cars and trucks, which also include historic fuel efficiency standards that are saving new vehicle owners at the gas pump. Once fully in place, the standards will help avoid up to 2,000 premature deaths per year and 50,000 cases of respiratory ailments in children.

“These standards are a win for public health, a win for our environment, and a win for our pocket-books,” said EPA Administrator Gina McCarthy. “By working with the auto industry, health groups, and other stakeholders, we’re continuing to build on the Obama Administration’s broader clean fuels and vehicles efforts that cut carbon pollution, clean the air we breathe, and save families money at the pump.”

The final standards will quickly and effectively cut harmful soot, smog and toxic emissions from cars and trucks. The Obama Administration’s actions to improve fuel economy and reduce greenhouse gases from these same vehicles will also result in average fuel savings of more than $ 8,000 by 2025 over a vehicle’s lifetime. The fuel economy and greenhouse gas standards covering model year vehicles from 2012-2025 are projected to save American families more than $ 1.7 trillion in fuel costs.

Following a proven approach that addresses vehicles and fuels as an integrated system, this action will enable substantial pollution reductions at low cost. The standards slash emissions of a range of harmful pollutants that can cause premature death and respiratory illnesses, reducing standards for smog-forming volatile organic compounds and nitrogen oxides by 80 percent, establishing a 70 percent tighter particulate matter standard and virtually eliminating fuel vapor emissions. These standards will also reduce vehicular emissions of toxic air pollutants, such as benzene by up to 30 percent.

The final fuel standards will reduce gasoline sulfur levels by more than 60 percent – down from 30 to 10 parts per million (ppm) in 2017. Reducing sulfur in gasoline enables vehicle emission control technologies to perform more efficiently. New low-sulfur gas will provide significant and immediate health benefits because every gas-powered vehicle on the road built prior to these standards will run cleaner – cutting smog-forming NOx emissions by 260,000 tons in 2018.

The Tier 3 standards cut tailpipe pollution where people live and breathe – reducing harmful emissions along the streets and roadways that run through neighborhoods and near children’s schools. By 2018, EPA estimates the cleaner fuels and cars program will annually prevent between 225 and 610 premature deaths, significantly reduce ambient concentrations of ozone and reduce nitrogen oxide emissions by about 260,000 tons. That is about 10 percent of emissions from on-highway vehicles, with those reductions reaching 25 percent (330,000 tons) by 2030.

By 2030, EPA estimates that up to 2,000 premature deaths, 50,000 cases of respiratory ailments in children, 2,200 hospital admissions and asthma-related emergency room visits, and 1.4 million lost school days, work days and days when activities would be restricted due to air pollution. Total health-related benefits in 2030 will be between $ 6.7 and $ 19 billion annually. The program will also reduce exposure to pollution near roads. More than 50 million people live, work, or go to school in close proximity to high-traffic roadways, and the average American spends more than one hour traveling along roads each day.

The final standards are expected to provide up to 13 dollars in health benefits for every dollar spent to meet the standards, more than was estimated for the proposal. The sulfur standards will cost less than a penny per gallon of gasoline on average once the standards are fully in place. The vehicle standards will have an average cost of about $ 72 per vehicle in 2025. The standards support efforts by States to reduce harmful levels of smog and soot, and aids their ability to attain and maintain science-based national ambient air quality standards to protect public health, while also providing flexibilities for small businesses, including hardship provisions and additional lead time for compliance.

EPA conducted extensive outreach with key stakeholders throughout the development of the rule, held two public hearings in Philadelphia and Chicago, and received more than 200,000 public comments. The final standards are based on input from a broad range of groups, including state and local governments, auto manufacturers, emissions control suppliers, refiners, fuel distributors and others in the petroleum industry, renewable fuels providers, health and environmental organizations, consumer groups, labor groups and private citizens.

The final standards will work together with California’s clean cars and fuels program to create a harmonized nation-wide vehicular emissions program that enables automakers to sell the same vehicles in all 50 states. The standards are designed to be implemented over the same time-frame as the next phase of EPA’s national program to reduce greenhouse gas (GHG) emissions from cars and light trucks beginning in model year 2017. Together, the federal and California standards will maximize reductions in GHGs, air pollutants and air toxics from cars and light trucks while providing automakers regulatory certainty, streamlining compliance, and reducing costs to consumers.

To meet the cleaner gasoline standards necessary to reduce tailpipe emissions and protect public health, the agency has built in flexibility and adequate time for refiners to comply. For those refineries that may need it, the program would provide nearly six years to meet the standards. To provide a smooth transition for refiners to produce cleaner gasoline, the program is structured in a way that allows the industry to plan any additional investments needed. In addition, the agency is giving special considerations to small refiners, while offering provisions for compliance assistance in the case of extreme hardship or unforeseen circumstances.