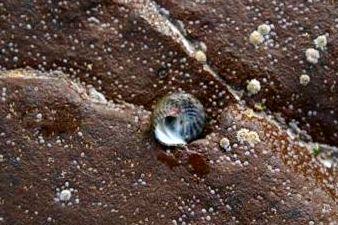 The survival of all species on land and sea depends on them living within a set range of temperatures, but local climates are shifting. Species have to adapt, or move, or face extinction.

In a new study published on February 10, a team of international scientists shows how fast and in which direction local climates have already shifted. This is important for anticipating the future. The research also highlights vulnerable areas, which will help focus conservation efforts.

Over the past 50 years, the world has warmed and this trend is forecast to continue over the next century. Complex patterns of temperatures and varying rates of change around the globe make it hard to predict the consequences of these changes. The paper – “Geographical Limits to Species-Range Shifts are Suggested by Climate Velocity” – released this week in the journal Nature, sheds more light on the likely effects on biodiversity.

“When, in a particular location, temperatures exceed the upper limit for a certain species, that species can no longer live there. Likewise, when temperatures in another place become warmer than a species’ lower limit, that place can become newly habitable. This analyses shows where you’d expect to see species relocations,” said lead author Professor Mike Burrows, a marine ecologist at the Scottish Association for Marine Science (SAMS) near Oban on the west coast of Scotland.

Previous studies have identified numerous fish and invertebrate species that have shifted their geographic distribution towards cooler regions. In the North Sea, for example, the centre of distribution of cod has moved as much as 100km northwards in 40 years (1961-2001), while in the same period, plankton in the North East Atlantic have shifted 1000km poleward.

In general, shifts in temperature have proved to be a good predictor for past changes in species distributions. Assuming that species are, therefore, tracking their thermal niches or preferences, this study shows where those species may end up after a period of changing climate.

While some species may be able to adapt fast enough to changes in their environment and while others may disperse to colonise new habitats with thermal conditions they can tolerate, there will be species that can neither adapt nor move. Those species are likely to go extinct.

A key finding of the Nature study is that routes to the shifted climates are often blocked by coastlines. Coastlines can act as barriers to the migration of marine life just as mountains ranges do for terrestrial life. Species seeking refuge from increasing temperatures in enclosed seas like the Mediterranean and the North Sea are at risk because those seas are not directly connected to the North Atlantic or Indian Oceans.

“Mapping these areas around the globe shows those places where biodiversity may be compromised by climate change, alongside all the other threats to life in an increasingly crowded and developed world,” said Professor Burrows.

In the ocean, the biodiversity of equatorial regions is especially vulnerable. As sea temperatures increase, species are migrating to cooler places. These migrants are not being replaced and so biodiversity is declining.

“Knowing the areas of potential vulnerability to the effects of blocked shifts can help focus conservation efforts. In an unprecedented period of climate change, economic development and fast growing demand on an already pressured planet, we need to act fast to make sure as much of the world’s living resources survive that change,” Professor Burrows urged.

The paper to be published in Nature was produced collaboratively by an international team of researchers from institutes in Britain, Europe, Australia and USA.

Check the following link to read/download the Full Study:
http://www.nature.com/nature/journal/vaop/ncurrent/full/nature12976.html