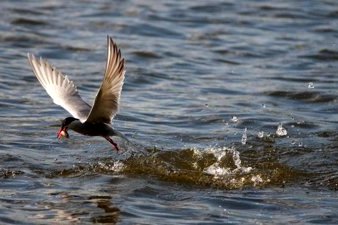 Europe’s coastal regions are increasingly vital for its economy, yet their natural assets on which it depends continue to degrade. This is according to a new report from the European Environment Agency (EEA), which calls for better information, planning and management decisions to balance multiple demands on the coastal environment.

‘Balancing the Future of Europe’s Coasts: Knowledge Base for Integrated Management’, a new report from the European Environment Agency, argues that Europe needs to improve its knowledge to better understand the long-term damaging effects of current human and economic pressures on the coastal environment, jeopardizing the essential maintenance of the natural capital.

Coastal regions generate around 40% of EU GDP. Europe is a major player in many intensive maritime industries, including shipping and ports, fisheries, energy and coastal tourism. However, this has come at a cost – habitat destruction, overfishing, pollution, coastal erosion, and infrastructure development have damaged coastal ecosystems.

Moreover, climate change is likely to make these regions – and the societies in them – more vulnerable, the report says. Seas and coasts are currently considered to be drivers for the European economy with great potential for innovation and growth.

Approximately 40% of the EU population lives within 50 km of the sea, and this is growing – in some parts of the Mediterranean coast in Spain and France, the population has increased by up to 50% between 2001 and 2011. Growing demand for living space and other needs means that impervious areas such as concrete increased by 5% between 2006 and 2009, the report says, further breaking up coastal habitats. This expansion was fastest in coastal areas in Cyprus, Norway, Malta and Spain, where areas with sealed soils increased by more than 10%.

Hans Bruyninckx, EEA Executive Director, said, “Europe’s coastline is vital for its economy. But in many areas, its resources are at risk because short-term gains have been prioritised over longer-term sustainable management. For example, some endangered coastal habitats act as natural protection from storm surges. One thing that can help safeguard these habitats is better data and knowledge, particularly as there is a pressing need to adapt to the effects of climate change.”

If coastal regions are to continue to power European economies, provide ecosystems services, and remain home to millions of people, they must be managed more cohesively, the report says. This management must also be based on integrated policy, aiming to balance competing interests of human development, while ensuring healthy and resilient coastal ecosystems that much of this development relies on.

The European Commission has recently proposed a framework for integrated coastal management and for ‘maritime spatial planning’, to better manage competing claims and resources at sea. Within this framework, plans and strategies will require high quality data to measure the health of the coastal environment.

Improving the Knowledge Base

The lack of quality‑assured spatial data hinders effective management, so EU Member States need to make more effort to harmonise their data and make it consistent with the data reported by other countries, the report says. When coastal data is shared across borders and enhanced by coordinated indicator sets, it can give a larger and more refined picture of the wider ecosystem issues, making it easier to implement an ecosystem‑based management approach.

Check the following link to read/download the Full Report:
http://www.eea.europa.eu/publications/balancing-the-future-of-europes

UN Launches Decade of Sustainable Energy for All