Montreal / New York – Increasing urbanization over the next decades presents not only unprecedented challenges for humanity, but also opportunities to curb climate change, reduce water scarcity and improve food security, according to the world’s first global assessment on the relationship between urbanization and biodiversity loss, released on October 4 in New York.

The assessment, entitled Cities and Biodiversity Outlook (CBO), argues that cities should facilitate for a rich biodiversity and take stewardship of crucial ecosystem services rather than being sources of large ecological footprints. The volume of research is produced by Stockholm Resilience Centre (SRC) together with the Secretariat of the Convention on Biological Diversity (CBD), in partnership with UN-Habitat and ICLEI – Local Governments for Sustainability.

The detailed scientific foundation of the CBO, “Urbanization, Biodiversity and Ecosystem Services: Challenges and Opportunities – A Global Assessment”, which was launched in New York as part of local celebrations to mark World Habitat Day, has involved more than 200 scientists worldwide. It states that over 60 percent of the land projected to become urban by 2030 has yet to be built. It further states that if current trends continue, 70 percent of the global population will be urban by 2050.

This presents a major opportunity to greatly improve global sustainability by promoting low-carbon, resource-efficient urban development that can reduce adverse effects on biodiversity and improve quality of life, it says.

From Emitters to Carbon Sinks

Production and consumption activities heavily concentrated in cities have contributed to some 80 percent of all greenhouse gas emissions; yet innovative solutions to combating climate change will also come from cities. With rich biodiversity, cities have enormous potential to mitigate climate change.

The Japanese district of Yokohama, for instance, which emitted almost 20 million tons of CO2 in 2007, has recognized the importance of biodiversity in stabilizing the local climate. Revenues from a new tax system have since been used to conserve green areas, and roof-tops and walls were fitted with greenery. Yokohama now aims to reduce per capita carbon emissions by at least 60 percent by 2050.

What is important, according to the assessment, is to develop and incorporate already existing green spaces into the functional infrastructure of a city.

“The innovation lies not so much in developing new infrastructural technologies but to work with what we already have. The results are often far cheaper and more sustainable as well,” said Professor Thomas Elmqvist, scientific editor of the assessment.

Dr. Braulio Ferreira de Souza Dias, Executive Secretary of the CBD, added that “the sphere of influence of city leaders goes well beyond urban habitats. The decisions taken by local authorities affect ecosystems near and elsewhere, with important feedback effects. By taking the steps to conserve and sustainably use biodiversity, local authorities can ensure that biodiversity will continue to provide cities and their inhabitants with much needed services including freshwater, clean air, food security and protection and resilience against extreme weather, floods and other environmental risks.”

Amongst a number of other important points, the assessment also highlights the potential for cities to become more self-reliant when it comes to securing sufficient access to water and food.

“Cities need to learn how to better protect and enhance biodiversity, because there is a direct relationship between biodiversity and food security in cities,” Elmqvist said.

The study highlights a wide range of successful initiatives by cities, local authorities and sub-national governments in both developed and developing countries.

For instance Kampala, the capital and Uganda’s largest city, has found a way to preserve its vast and highly visible agriculture, even in densely populated areas. Similarly, Cuba has since 1987 focused on urban and suburban agriculture to counter its crisis of lack of imports as well as malnutrition and iron deficiency in the population.

“This locally-based approach looks at ways to build diverse supplies of food close to population centers and to strengthen local decision-making and management of food production,” Elmqvist said.

He argues that development of urban food systems needs to be considered on neighborhood level, city level and city-region level – but it needs to come with proper legislation, training and financial support or economic incentives. Without this, Elmqvist warns, sustainable food systems in urban areas remain on paper only.

The book is a more detailed scientific background to the shorter report Cities and Biodiversity Outlook – Action and Policy, which was launched at the UN CBD COP11 in Hyderabad, October 2012.

To read more about the CBO assessment, download the book, and watch the CBO video narrated by Edward Norton, visit www.cbobook.org. 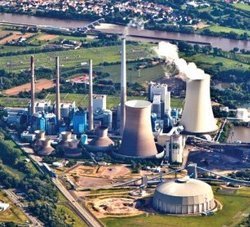