New Delhi – India has witnessed great dynamism in its carbon markets ever since CDM emerged. India, along with China, has 70% of the world’s total CDM Projects. The major stakeholders engaged in Indian carbon markets are private developers, Indian government, consultants, stock exchanges, international buyers and civil society. With such a wide and varied interest base, a point of congregation was essential in order to bring the entire carbon community in India together.

The India Carbon Market Conclave was launched by Federation of Indian Chambers of Commerce and Industry (FICCI) in November 2007 in partnership with the Ministry of Environment and Forests (MoEF), Government of India, The World Bank and International Emissions Trading Association (IETA). The Conclave brought global carbon credit buyers, investors and financiers in contact with a large cross-section of Indian project developers. Special features of the Conclave such as the Project Showcase, Buyers’ Showcase, structured B2B Meets and Exhibitions proved to be effective in building partnerships and business linkages among carbon market stakeholders.

The Conclave also facilitated the entry of new and prospective CDM project proponents through the pre-conference workshops. The maiden Conclave brought together more than 540 participants, representing 35 sectors and 52 different types of stakeholders. More than 250 project developers and 40 global carbon market players from 18 countries were represented at the forum. Since then the Conclave had become a unique platform for climate policy and carbon market stakeholders to debate and discuss the future of the markets, the developments in the international negotiations, and exchange knowledge about the developments in various parts of the world.

In due course of time, the platform graduated to addressing broader climate policy issues both at domestic and international context. In the last six years, the Conclave has garnered global participation of over 30 countries and attracted stakeholders from the entire spectrum of climate change and carbon market. The conclave attracts stakeholders from industry, banks and financial institutions, CDM project developers, certification agencies, carbon market advisories, brokers, certification and validation agencies, central and state governments, multilateral and bilateral agencies, and the media.

In these six years, the Conclave has deliberated upon the entire spectrum of issues in the carbon space. The Conclave held yearly discussions on macro issues like drivers of emerging climate discussions and changing dynamics of international negotiations. A special session was designed each year to focus on the developments in international deliberations during the UNFCCC Conference of Parties (COPs) and to discuss about the expectations from the next COP. 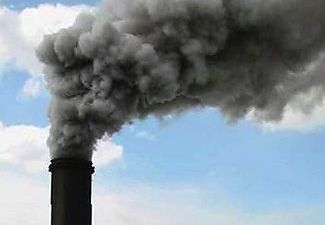 Various other aspects of the carbon markets were also deliberated upon yearly in the conference, like opportunities in Indian Carbon Markets, Commerce of Carbon Markets, Voluntary and Regional Markets, Post-2012 Market Issues, Market Access Strategies and Global Trends and Developments in Markets. Climate policy and regulatory frameworks also formed an integral part of the discussions where post-2012 policy issues, alternate frameworks, regulation of carbon market and convergence of domestic and international developments in climate policy, etc., were discussed.

With the rising uncertainty in the carbon markets in the post-2012 period, it is important to raise the scope of the platform in order to address the business issues of carbon markets. Therefore, in 2013, the Conclave is being broadened into a larger scale, more holistic platform spread over 3-days, bringing corporate initiatives, state and city initiatives into focus to create a larger take-away from the event for all stakeholders and to lay greater emphasis on action on the ground.

This year’s Conclave would not only discuss the emerging regulatory and policy scenario globally, but would also lay stress on corporate initiatives, global case studies and successful projects that have galvanized action at the industry and corporate level. With this objective in mind, the Conclave this year would be rechristened as “India Climate Policy & Business Conclave” to display the broad character and content of the platform. 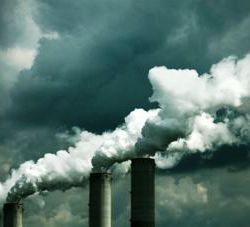 2 in 3 Americans Endorse Setting Limits on Carbon Pollution from...