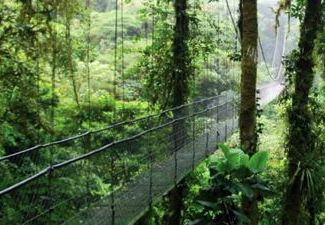 San José de Costa Rica – The Government of Costa Rica and the Forest Carbon Partnership Facility (FCPF) signed on September 10 a Letter of Intent (LOI) to negotiate an Emission Reductions Payment Agreement (ERPA) worth up to $ 63 million. This would make Costa Rica the first country in the world to access large-scale performance-based payments for conserving its forests, regenerating degraded lands, and scaling up agro-forestry systems for sustainable landscapes and livelihoods.

The signing ceremony of the Letter of Intent (LOI) was presided by Laura Chinchilla, President of Costa Rica, and Fabrizio Zarcone, World Bank Representative for Costa Rica. The LOI was signed by Rene Castro, Minister of Environment and Energy, and Laurent Msellati, World Bank Sector Manager in the Sustainable Development Department for the Latin America and the Caribbean.

The LOI commits the FCPF Carbon Fund to negotiate the purchase of carbon emission reductions (commonly known as carbon credits) up to a value of US $ 63 million. The country’s proposal to the FCPF Carbon Fund would help meet pending demand for additional landowners to participate in the Payments for Environmental Services (PES) program that will protect and regenerate forests on about 340,000 hectares of privately owned land and also in Indigenous Peoples’ territories.

“Reducing emissions from deforestation and forest degradation reinforces the Payment for Environmental Services program. This program, which the National Forestry Fund (FONAFIFO) of the Minister of Environment and Energy has been managing since 1997, will contribute to the National Strategy established to turn Costa Rica into a carbon neutral country by 2021,” said Castro.

The proposed program to reduce emissions from deforestation and forest degradation (REDD+) is the first implemented at a quasi-national level and one of the largest to date. A novel aspect of the program is that 10 percent of the target area will be in Indigenous Peoples’ territories.

“It’s the first time that the indigenous territories will have access to the information on REDD+ in their languages and according to their worldview. Besides, they will have a space to define their participation in the REDD+ Strategy, which will be part of a National Strategy,” said Carlos Cascante, a representative of the Bribri indigenous territory.

Costa Rica has long been a global pioneer in preserving tropical forests and exploring innovative ways to change its development path and pursue sustainable green growth. Additionally, the country’s ambitious transition to carbon-neutrality by 2021 depends on better management of forested and agricultural land, where approximately 80 percent of its projected carbon emission reductions are expected to come from.

“The World Bank expects that this new results-based initiative will contribute significantly to Costa Rica’s efforts to manage forest and agricultural landscapes holistically. The REDD+ program is fully aligned with Costa Rica’s National Climate Change Strategy that details the country’s low carbon growth and eco-competitiveness strategies,” says Zarcone. “It further complements other initiatives that the World Bank supports in Costa Rica, such as efforts to increase sustainable domestic wood production, greening the construction sector by promoting increased use of certified wood products in new residential and commercial buildings, and generating new employment opportunities for small farmers.”

Embarking on a number of new initiatives, Costa Rica is building on the success of a more than a decade-old program of Payments for Environmental Services (PES), which compensates landowners for planting and protecting trees on their property, and for enhancing biodiversity conservation and improved hydrological flows.

Costa Rica was an early adopter of the REDD+ concept, formalized in 2005 as one of the founders of the Rainforest Coalition, and was the first country to put the concept of REDD+ onto the agenda of international climate negotiations.

Currently, Costa Rica is tackling greenhouse gas emissions from all sectors, including transport, industry and housing, by developing a domestic carbon market in a flexible, cost-effective way. At the same time, it is providing financial incentives to the private sector for investments in low emission technology and to develop the country’s eco-competitive strategies. 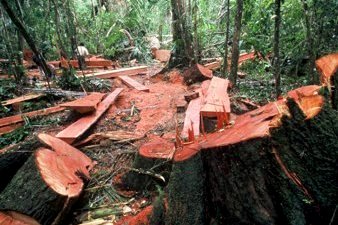