The global treaty that headed off destruction of earth’s protective ozone layer has also prevented major disruption of global rainfall patterns, according to a new study in the Journal of Climate.

The 1987 Montreal Protocol phased out the use of chloroflourocarbons, or CFCs, a class of chemicals that destroy ozone in the stratosphere, allowing more ultraviolet radiation to reach earth’s surface. Though the treaty aimed to reverse ozone losses, the new research shows that it also protected the hydroclimate.

At the time the Montreal Protocol was drafted, the warming potential of CFCs was poorly understood, and the impact of ozone depletion on surface climate and the hydrological cycle was not recognized at all. “We dodged a bullet we did not know had been fired,” said study coauthor Richard Seager, a climate scientist at Columbia University‘s Lamont-Doherty Earth Observatory.

Today, rising carbon dioxide levels are already disturbing earth’s hydrological cycle, making dry areas drier and wet areas wetter.  But in computer models simulating a world of continued CFC use, the researchers found that the hydrological changes in the decade ahead, 2020-2029, would have been twice as severe as they are now expected to be. Subtropical deserts, for example in North America and the Mediterranean region, would have grown even drier and wider, the study says, and wet regions in the tropics, and mid-to-high latitudes would have grown even wetter.

The ozone layer protects life on earth by absorbing harmful ultraviolet radiation. As the layer thins, the upper atmosphere grows colder, causing winds in the stratosphere and in the troposphere below to shift, displacing jet streams and storm tracks. The researchers’ model shows that if ozone destruction had continued unabated, and increasing CFCs further heated the planet, the jet stream in the mid-latitudes would have shifted toward the poles, expanding the subtropical dry zones and shifting the mid-latitude rain belts poleward. The warming due to added CFCs in the air would have also intensified cycles of evaporation and precipitation, causing the wet climates of the deep tropics and mid-to-high latitudes to get wetter, and the subtropical dry climates to get drier.

The study builds on earlier work by co-author Lorenzo Polvani, a climate scientist with joint appointments at Lamont-Doherty and Columbia’s Fu Foundation School of Engineering and Applied Science. Polvani and others have found that two human influences on climate -ozone loss and industrial greenhouse gases – have together pushed the jet stream in the southern hemisphere south over recent decades. As the ozone hole over Antarctica closes in the coming decades, the jet stream will stop its poleward migration, Polvani found in a 2011 study in the journal Geophysical Research Letters. The projected stopping of the poleward jet migration is a result of the ozone hole closing, canceling the effect of increasing greenhouse gases.

“We wanted to take a look at the more drastic scenario – what would have happened if there had been no Montreal Protocol?” said study lead author Yutian Wu, a former Lamont graduate student who is now a postdoctoral researcher at New York University. “The climatic impacts of CFCs and ozone depletion were not known back then.”

The Montreal Protocol is considered one of the most successful environmental treaties of all time. Once scientists linked CFCs to rapid ozone loss over Antarctica, world leaders responded quickly. Nearly 200 countries have ratified the treaty. The ozone depletion that CFCs would have caused is now known to have been far worse than was realized at the time, in 1987. The cost of developing CFC-substitutes also turned out to be far less than the industry estimated.

“It’s remarkable that the Montreal Protocol has not only been important in protecting the ozone layer and in decreasing global warming but that it also has had an important effect on rainfall patterns and reducing the changes we are in for,” said Susan Solomon, an atmospheric scientist at the Massachusetts Institute of Technology who won the Vetlesen Prize earlier this year for her work on ozone depletion. Solomon was not involved in the study.

As a greenhouse gas, CFCs can be thousands of times more potent than carbon dioxide. Dutch scientist Guus Velders estimated in a 2007 study  that had the chemicals not been phased out, by 2010 they would have generated the warming equivalent of more than 220 billion tons of carbon dioxide. (Humans produced 32 billion tons of CO2 in 2011).

Hydroflourocarbons, or HFCs, have largely replaced CFCs as refrigerants, aerosol propellants and other products. While HFCs are ozone-safe, they, too, are powerful greenhouse gases that have become a concern as world leaders grapple with climate change. The Kyoto Protocol was drafted to regulate global greenhouse gas emissions, but its failure to slow growth of those emissions has led some countries to seek climate protections under the Montreal Protocol. Micronesia, Canada, Mexico and the United States have asked that HFCs be regulated under Montreal. So far no action has been taken. 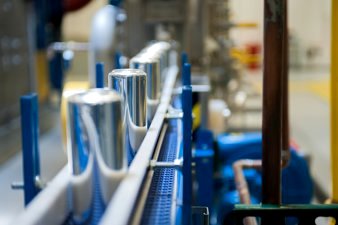