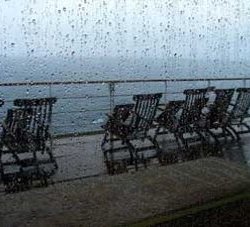 According to a newly-published NOAA-led study in Geophysical Research Letters, as the globe warms from rising atmospheric concentrations of greenhouse gases, more moisture in a warmer atmosphere will make the most extreme precipitation events more intense.

The study, conducted by a team of researchers from the North Carolina State University’s Cooperative Institute for Climate and Satellites-North Carolina (CICS-NC), NOAA’s National Climatic Data Center (NCDC), the Desert Research Institute, University of Wisconsin-Madison, and ERT, Inc., reports that the extra moisture due to a warmer atmosphere dominates all other factors and leads to notable increases in the most intense precipitation rates.

The study also shows a 20-30 percent expected increase in the maximum precipitation possible over large portions of the Northern Hemisphere by the end of the 21st century if greenhouse gases continue to rise at a high emissions rate.

“We have high confidence that the most extreme rainfalls will become even more intense, as it is virtually certain that the atmosphere will provide more water to fuel these events,” said Kenneth Kunkel, Ph.D., senior research professor at CICS-NC and lead author of the paper. 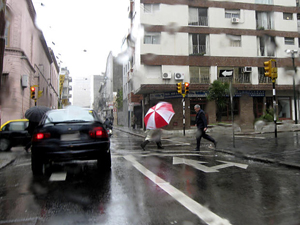 The findings of this report could inform “design values”, or precipitation amounts, used by water resource managers, insurance and building sectors in modelling the risk due to catastrophic precipitation amounts. Engineers use design values to determine the design of water impoundments and run-off control structures, such as dams, culverts, and detention ponds.

“Our next challenge is to translate this research into local and regional new design values that can be used for identifying risks and mitigating potential disasters. Findings of this study, and others like it, could lead to new information for engineers and developers that will save lives and major infrastructure investments,” said Thomas R. Karl, L.H.D., Director of NOAA’s NCDC in Asheville, North Carolina, and co-author on the paper.