On August 1, Facebook shared the 2011 Carbon Footprint, Energy Mix and Energy Use for its data centers and global offices. The company believes in the power of openness, and hopes that adding another data point to the collective understanding of the social utility industry’s environmental impact will help all others to keep improving.

In the short-term, reducing the company’s environmental impact and significantly altering its energy mix will be challenging. As a fast-growing company, Facebook’s carbon footprint and energy mix may get worse before they get better. When the company brings its Lulea (Sweden) Data Center online in 2014, it expects to see a steady increase in the clean and renewable sources powering the data center operations. And Facebook has set a company goal to derive at least 25% of its energy mix from clean and renewable sources by 2015. The company knows this is going to be a stretch, and it’s still figuring out exactly what it will take to get there.

In the interim, Facebook will maintain its focus on maximizing efficiency in its operations and sharing its strategies for doing so via the Open Compute Project. The company will also continue trying to introduce more clean and renewable energy into the mix that powers its data centers by:

Facebook also realizes that there is great opportunity in the power of this platform and the more than 950 million people who use Facebook. Through its facebook.com/green page and investment in partnerships, Facebook is aiming to drive environmental awareness, education and action. For example, Facebook recently partnered with the Natural Resources Defense Council (NRDC) and Opower to help people track their home energy use, compare it with their friends’ and share tips on how to save energy. As Facebook seeks to track and manage its own energy use, it also wants to make it easy for the people who use the platform to do the same. 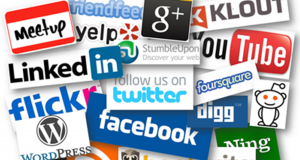