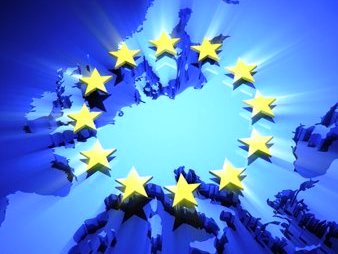 EU leaders agreed on 23 October 2014 the domestic 2030 greenhouse gas emissions reduction target of at least 40% compared to 1990 together with the other main building blocks of the 2030 policy framework for climate and energy, as proposed by the European Commission in January 2014.

This 2030 policy framework aims to make the European Union’s economy and energy system more competitive, secure and sustainable, and also sets a target of at least 27% for renewable energy and energy savings by 2030.

While the EU is making good progress towards meeting its climate and energy targets for 2020, an integrated policy framework for the period up to 2030 is needed to ensure regulatory certainty for investors and a coordinated approach among Member States.

The framework presented will drive continued progress towards a low carbon economy. It aims to build a competitive and secure energy system that ensures affordable energy for all consumers, increases the security of the EU’s energy supplies, reduces EU’s dependence on energy imports, and creates new opportunities for growth and jobs.

A centrepiece of the framework is the binding target to reduce EU domestic greenhouse gas emissions by at least 40% below the 1990 level by 2030.

This target will ensure that the EU is on the cost-effective track towards meeting its objective of cutting emissions by at least 80% by 2050. By setting its level of climate ambition for 2030, the EU will also be able to engage actively in the negotiations on a new international climate agreement that should take effect in 2020.

To achieve the overall 40% target, the sectors covered by the EU emissions trading system (EU ETS) would have to reduce their emissions by 43% compared to 2005. Emissions from sectors outside the EU ETS would need to be cut by 30% below the 2005 level. This will need to be translated into Member State targets. The European Council has outlined the main principles to achieve this.

Increasing the share of renewable energy to at least 27%

Renewable energy will play a key role in the transition towards a competitive, secure and sustainable energy system. The Commission proposed an objective of increasing the share of renewable energy to at least 27% of the EU’s energy consumption by 2030. The European Council endorsed this target which is binding at EU level.

Increasing energy efficiency by at least 27%

The European Commission proposed a 30% energy savings target for 2030, following a review of the Energy Efficiency Directive. The proposed target builds on the achievements already reached: new buildings use half the energy they did in the 1980s and industry is about 19% less energy intensive than in 2001. The European Council, however, endorsed an indicative target of 27% to be reviewed in 2020 having in mind a 30% target.

The EU ETS will be reformed and strengthened. A 43% greenhouse gas emissions reduction target in 2030 in the ETS translates into a cap declining by 2.2% annually from 2021 onwards, instead of the rate of 1.74% up to 2020.

In January 2014, the Commission proposed to establish a market stability reserve from 2021 onwards. This is to address the surplus of emission allowances in the EU ETS that has built up in recent years and to improve the system’s resilience to major shocks. This will ensure that in the future the EU ETS is more robust and effective in promoting low-carbon investment at least cost to society.

The European Council underlined that a reformed, well-functioning EU ETS with an instrument to stabilise the market in line with the Commission’s proposal will be the main instrument to achieve greenhouse gas emissions reductions.

The 2030 framework proposed a new governance framework based on national plans for competitive, secure and sustainable energy as well as a set of key indicators to assess progress over time. The European Council agreed that a reliable and transparent governance system will be developed to help ensure that the EU meets its energy policy goals.