Researchers have demonstrated the existence of five large accumulations of plastic waste in the open ocean, which match with the five major twists of surface water circulation.

However, central surface waters of the oceans may not be the final destination of plastic debris since, as indicated by the study performed by the Malaspina Expedition, large amounts of microplastics could be passing to the marine food chain and the ocean floor. Results of the study, led by the University of Cadiz (Spain), have been published in the journal Proceedings of the National Academy of Sciences (PNAS).

Andrés Cózar, researcher from the University of Cadiz, explains, “Ocean currents carry plastic objects which split into smaller and smaller fragments due to solar radiation. Those little pieces of plastic, known as microplastics, can last hundreds of years and were detected in 88% of the ocean surface sampled during the Malaspina Expedition 2010.”

According to the study authors, the results obtained by the Malaspina Expedition show that the problem of plastic waste pollution has a global character. The major residues found are polyethylene and polypropylene, polymers used in the manufacture of everyday products like bags, food and beverage containers, kitchen utensils and toys, among others.

Cózar adds, “These microplastics have an influence on the behaviour and the food chain of marine organisms. On one hand, the tiny plastic fragments often accumulate contaminants that, if swallowed, can be passed to organisms during digestion; without forgetting the gastrointestinal obstructions, which are another of the most common problems with this type of waste. On the other hand, the abundance of floating plastic fragments allows many small organisms to sail on them and colonize places they could not access to previously. But probably, most of the impacts taking place due to plastic pollution in the oceans are not yet known.”

CSIC researcher Carlos Duarte, coordinator of the Malaspina Expedition, states, “Our results show that the high concentration of plastic is not a unique feature of the North Pacific, but occurs in each of the subtropical gyres”. Duarte concludes, “Only a global expedition, such as the Malaspina Expedition, could achieve these results and evaluate the overall abundance of plastic pollution. The good news is that abundance is much lower than expected, but the pending challenge is to figure out where the rest of plastics entering the ocean is.”

The Malaspina Circumnavigation Expedition 2010, a project led by CSIC that includes more than 400 researchers from around the world, started in December 15th, 2010, with the departure of the Hespérides oceanographic research vessel from the port of Cadiz. On board of this ship belonging to the Spanish Armada, and the Sarmiento de Gamboa ship belonging to the CSIC, researchers studied for nine months (seven aboard the Hespérides and two aboard the Sarmiento) the impact of the global change on the ocean ecosystem and explored its biodiversity.

Scientists took nearly 200,000 water, plankton, atmosphere particles and gases samples in 313 points of the Indian, Pacific and Atlantic Oceans at depths of up to 6,000 meters. On board, they measured the temperature and salinity, the surface properties, the acoustics of the marine currents, the concentration of oxygen and carbon dioxide in the ocean and in the atmosphere, and the scope of the sunlight, among other parameters. 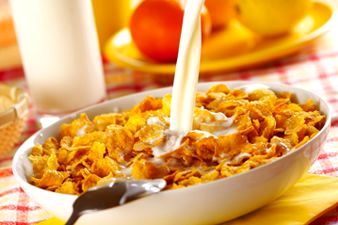