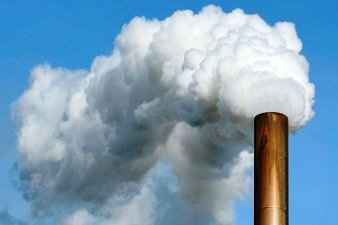 “The Inventory of U.S. Greenhouse Gas Emissions and Sinks: 1990-2012”, which is submitted annually to the Secretariat of the United Nations Framework Convention on Climate Change (UNFCCC), presents a national-level overview of annual greenhouse gas emissions since 1990.

Greenhouse gases are the primary driver of climate change, leading to increased heat-related illnesses and deaths; worsening the air pollution that can cause asthma attacks and other respiratory problems; and expanding the ranges of disease-spreading insects. Climate change is also affecting the frequency and intensity of heatwaves, droughts, and other extreme weather events.

Under President Obama’s Climate Action Plan, EPA is taking steps to address carbon pollution from the power and transportation sectors, and to improve energy efficiency in homes, businesses and factories. This includes increasing fuel efficiency for cars and light trucks for model years 2012-2025 that, over the lifetime of these vehicles, will save Americans more than $1.7 trillion. In addition, the country is increasing energy efficiency through the Energy Star program that saved Americans more than $26 billion in utility bills in 2012.

EPA prepares the annual report in collaboration with other federal agencies and after gathering comments from stakeholders across the country. In addition to tracking U.S. greenhouse gas emissions, the inventory also calculates carbon dioxide emissions that are removed from the atmosphere through the uptake of carbon in forests, vegetation, soils, and other natural processes (called carbon “sinks”).

Check the following link to read/download the Full Report:
http://epa.gov/climatechange/ghgemissions/usinventoryreport.html