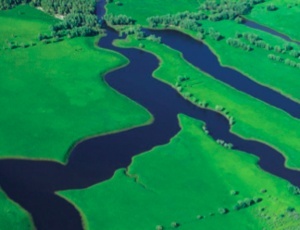 In 2012, the United Nations emitted about 1.71 million tonnes of CO2 equivalent greenhouse gas – the same as nearly 86,000 homes in the United States – according to the Organization’s only annual publication dedicated to assessing its own impact on climate change.

The fifth edition of “Moving Towards A Climate Neutral UN”, released on February 27, details the emissions from 64 United Nations organizations, covering nearly 225,000 staff around the world.

As in previous years, over 50 per cent of emissions (866,609 tonnes) were from air travel, meaning this remains the biggest challenge to the Organization in achieving climate neutrality – the achievement of net zero carbon emissions by balancing carbon released with an equivalent amount offset.

The year 2012 saw growth in both the number of entities reporting their emissions, as well as in the scope of the data reported: an increased number of UN bodies were able to report not only on their headquarters, but also on other offices.

The publication is a product of the commitment made in 2007 by Secretary – General Ban Ki-moon – and echoed by Heads of UN system organizations – to assess and reduce their greenhouse gas emissions and to consider options for offsetting them.

In addition to a break-down of the emissions of each organization, the report contains a selection of case studies demonstrating the measures undertaken to reduce the UN’s carbon footprint. Highlights include:

In his introduction to the report, Secretary General Ban Ki-moon thanks UN leaders and staff for “the commitment of each UN organization to improve its environmental performance. We have made good progress and pledge to continue on this essential path.”

The report provides updates on progress in implementing the 2007 Climate Neutral UN Strategy which was approved the UN Chief Executive Board and committed all agencies, funds and programmes to move towards climate neutrality within the wider context of greening the UN.

Specifically, the Strategy requires UN bodies to estimate their greenhouse gas emissions, to undertake efforts to reduce their emissions and to analyze the cost implications of purchasing carbon offsets.

The emissions calculations in the report were compiled using internationally recognized guidance based on the Greenhouse Gas Protocol, a widely used methodology developed by the World Resources Institute (WRI) and the World Business Council for Sustainable Development (WBCSD). The UN greenhouse gas inventory includes emissions from all activities that are under the direct financial control of the Organization, such as the heating and cooling of buildings and the travel of staff members.

Check the following link to read/download the Full Report:
http://www.greeningtheblue.org/resources/climate-neutrality